Nepal loses to MCC by 208 runs 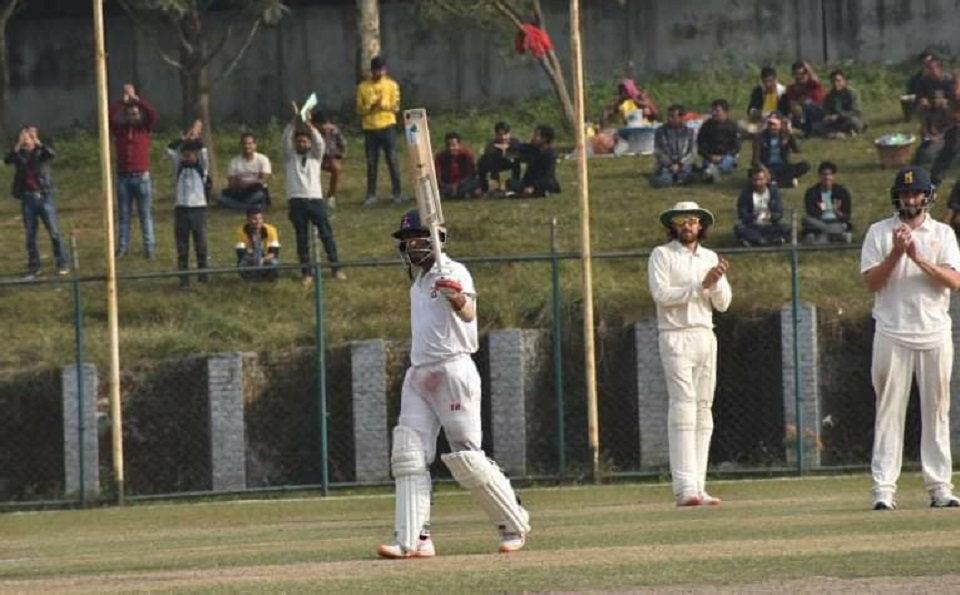 In the match played at Tribhuwan University cricket ground in Kirtipur, MCC defeated Nepal by 208 runs.

Chasing the target of 393 set by MCC, Nepal could score only 184 runs losing all the wickets in the 41st over. A half-century by Sompal Kami couldn’t lead the team to the target as only Raju Rijal (31), Sandeep Lamichhane (25) and Sharad Veshawakar (14) reached the double-digit mark. Kami scored 51 runs off 83 balls which included 5 fours and a maximum. Captain Gyanendra Malla contributed only 6 runs while Dipendra Singh Airee, Binod Bhandari and Pawan Sarraf were out without scoring.

OJ Hannon-Dalby of MCC dismantled the Nepali line up hauling 5 wickets. Similarly, AT Thomson sent 3 Nepali batsmen to the pavilion.

Nepal won the toss and opted to field first in the first day. After posting 364 runs in the first innings, MCC bowled out Nepal for 153 runs making a lead of 211 runs. Sandeep Lamichhane, the leading scorer for Nepali side in its first innings with 39 runs.

MCC is on Nepal tour for its 'legacy tour' which consists of one three-day game, two 50-over matches and three T20s games.

As COVID-19 rages on, UN agencies in Nepal spend millions in unnecessary field trips
2 hours ago

“He was beaten the whole night, and his body burnt by lit cigarettes”
1 hour ago