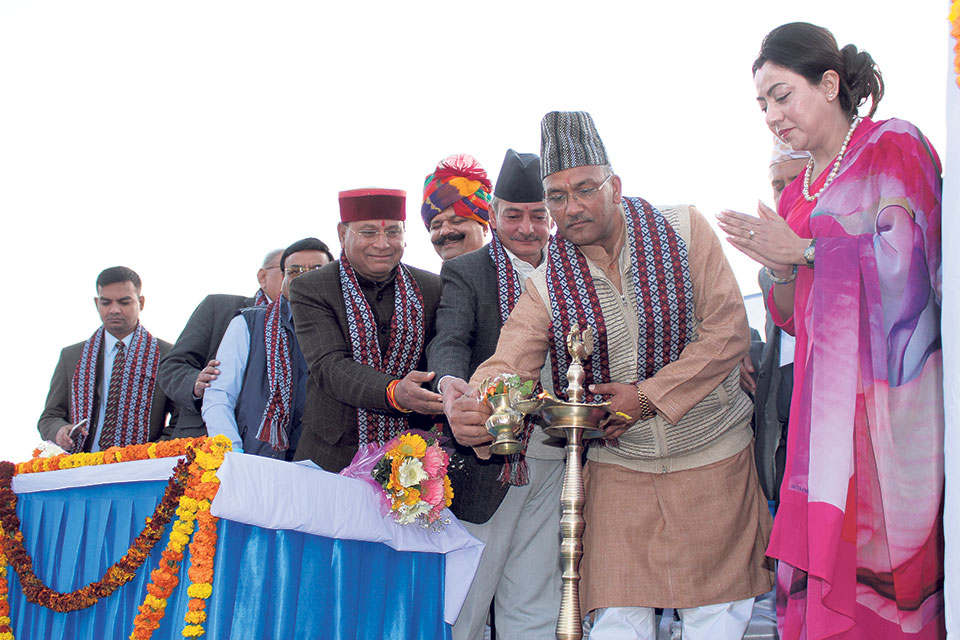 Trivendra Singh Rawat, chief minister of Uttarakhand State of India, formally inaugurated the event, according to a statement issued by the Federation of Nepalese Chambers of Commerce and Industry (FNCCI).

The event is being organized jointly by Nepal's Ministry of Commerce, Trade and Export Promotion Center, FNCCI, Nepal Tourism Board, Nepal Embassy in New Delhi, Kanchanpur Chamber of Commerce and Industry and Uttarakhand State Government of India.

Minister of State for Commerce, Nar Bahadur Chand, and FNCCI President Bhawani Rana, among others, attended the inauguration ceremony.

According to FNCCI, the festival is being organized to enhance bilateral relationship between Nepal and India, as well as to promote Nepali products and services in the Indian market, and promote Nepal as a happening tourist destination. The event also includes workshops and seminars for entrepreneurs regarding market and businesses. Nepali products and services are displayed at the event through of 56 stalls.

FNCCI said in the statement that it has plans to organize such events at the Indian states that border Nepal.

Speaking at the event, Chief Minister Rawat said that India was ready to extend all possible help to see a prosperous Nepal. He further added that the festival has helped to strengthen the relationships between entrepreneurs of bordering districts of Nepal and Uttarakhand.

Similarly, Minister of State for Commerce Chand said that he was hopeful that the event will help to increase import of Nepali products and services in India.

FNCCI President Rana said that events like these will not only help to make economic relationship between Nepal and India stronger but also strengthen the trade, religious and public relationship between these two countries. Stressing on the potential of religious tourism between Nepal and Uttarakhand, she further said Nepal and the Uttarakhand state could join hands for promotion of Budhhist Circuit and Ram-Sita Circuit.

The festival will continue till February 8.