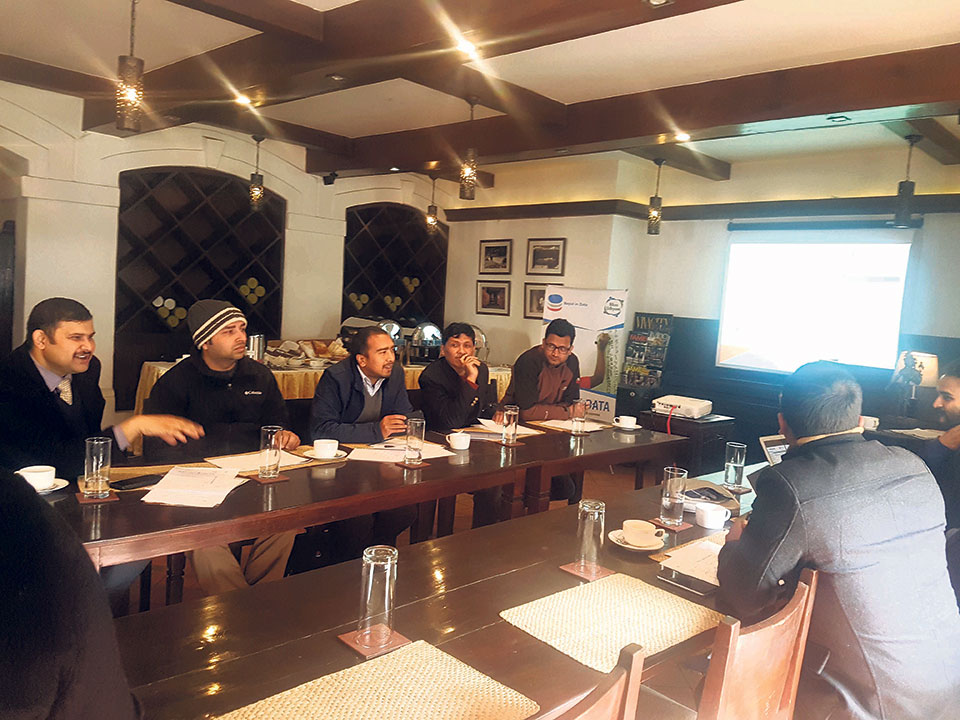 A glimpse of the discussion held in Kathmandu on Friday. Photo: Republica

KATHMANDU, Feb 17: While the political and cultural history of a nation is written in words and phrases, the same for the country’s economy are penned using numbers and figures.

To give a picture of the nation’s economy, the government publishes various statistical data depicting Nepal’s demographic, economic and financial status, thorough printed and online records released in the official websites of different government and non governmental bodies.

Whilst one might find it tedious to skim through scores of pages of data to draw an analysis, a new initiative of the group, Bikas Udhyami - Nepal in Data has allowed statistics seekers and keepers alike to gain access to vital statistical information.

With the aim to provide better services, the group organized a talk program on Friday with the aim to make statistical data more accessible and easily analyzable among data users.

Participants at the event discussed various statistical indicators that may be useful for data analysts. Experts from different backgrounds explained about indicators such as mean, median, standard deviation, and other complex indicators such as confidence interval and t-test, which would be a part of the Smart Data Analysis feature of the data compilation site.

These features are to be added in the site within the next three to four months, allowing individuals to not only access to government data as old as 1978, in an organized way under the same platform, but also to calibrate private data in terms of the indicators.

According to Santosh Gartaula, CEO of Bikas Udhyami, as the nation is going through governance restructuring process, it opens a window for a host of challenges in terms of statistical book keeping, maintaining the records of all seven provinces, and the local levels.

The topic of discussion was mainly centered towards the economic and developmental indicators. Experts also discussed how complex statistical terminology could be interpreted in a way that would be simple to understand for the general public.

Likewise, the experts also emphasized on the visual representation of data through graphs and charts.

The website, ‘Nepal in Data’, has been publishing facts and figures related to Nepal through its various social media handles and its website as well.

The UK supports women’s leadership in all sectors

Nepal’s Constitution has some great provisions to advance women’s rights, particularly to support the significant increase in women’s representation and... Read More...