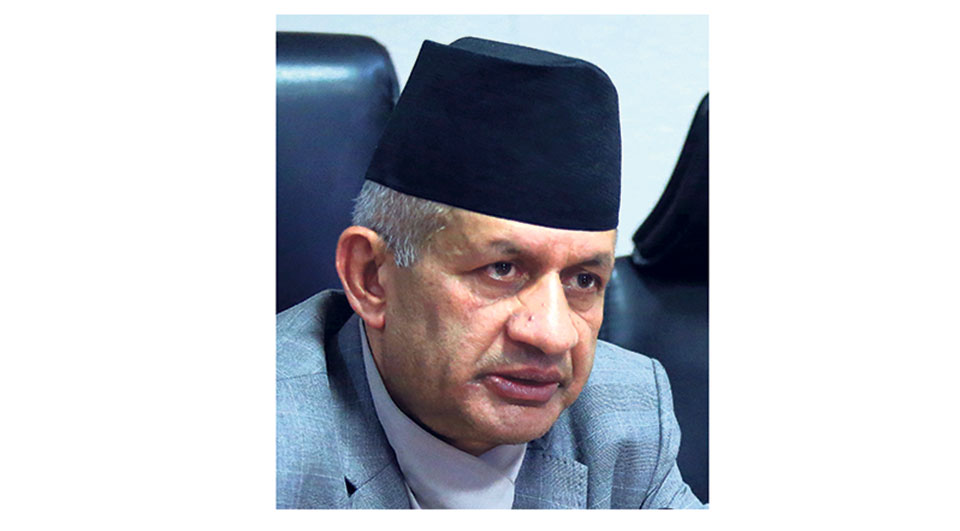 KATHMANDU, July 1: Dismissing suggestions by a section of opinion makers and politicians that Nepal had chosen to be a part of the Indo-Pacific Strategy under the US-led military alliance, Foreign Minister Pradeep Gyawali has clarified that Nepal’s participation in both Indo-Pacific Strategy and the Chinese Belt and Road Initiative (BRI) are not guided by any strategic considerations.

Speaking at a one-day National Dialogue on Foreign Policy organized jointly by the Ministry of Foreign Affairs and Institute of Foreign Affairs (IFA) in the capital on Saturday, Minister Gyawali said the only expectation of Nepal from the Indo-Pacific Strategy and BRI is the country’s economic and infrastructural development.

“Nepal has neither become a part of any military alliances nor will it be a part of any such alliances in the future. Our interest in both the Indo-Pacific Strategy and the BRI is only economic and infrastructural development,” he said.

Gyawali said that it is the policy of Nepal to enhance relations with the immediate neighbors, major powers and all development partners as a part of its guiding foreign policy to maintain “amity with all, enmity with none” for the country’s development and prosperity. While maintaining that Nepal is aware of the strategic interests of major powers, Gyawali said that Nepal has been pursuing balanced diplomacy to manage the conflicting interests of these power centers.

Although US officials have been clarifying that the Indo-Pacific Strategy is not a military alliance that excludes China and that it is not about picking sides with some signing arrangement, there are some apprehensions in Nepal that it could be a US strategy to contain China and that Nepal should be cautious of it. Except for the change in name (Indo-Pacific instead of previous Asia-Pacific) and some of the tactics including emphasis on private sector, US officials say the Indo-Pacific Strategy consists of the same strategies that the US has been pursuing as a part of its foreign policy objectives for long.

In a first of its kind program, the MoFA and IFA had organized the one-day National Dialogue on Foreign Policy with the objective to bring consensus among the major political parties of the country on Nepal’s Foreign Policy in view of the changed political context and the fundamental changes seen in the external factors that shape foreign affairs.

Addressing the function, ruling NCP Chairman Pushpa Kamal Dahal said that Nepal had not been able to protect its national interests due to inconsistency seen among the country’s political forces on issues of foreign policy. While underscoring the need to forge “pro-Nepal” foreign policy, Dahal argued that foreign actors had received opportunity to unnecessary meddle in Nepal’s internal affairs owing to the divergent views of major political actors on foreign policy issues.

RPP Chairman and former foreign minister Kamal Thapa underscored the need to forge consensus among political parties on issues related to the country’s foreign policy. He also shared his experience as foreign minister that sometimes contradictory remarks from top leaders of major political parties had put MoFA in a fix to deal with some sensitive issues of foreign relations.

Almost all panelists and speakers in the programs had urged the government to formulate appropriate policy while acknowledging the fundamental changes seen in various areas that shape international relations. While underscoring the need of strong institutions and trained human resources to implement the foreign policy, they also suggested to the government to strengthen and equip MoFA with necessary financial and human resources.

PM Oli is seeking a vote of confidence today in parliament. Will he survive?
14 hours ago

PM Oli fails to secure parliament’s confidence, what next now?
6 hours ago