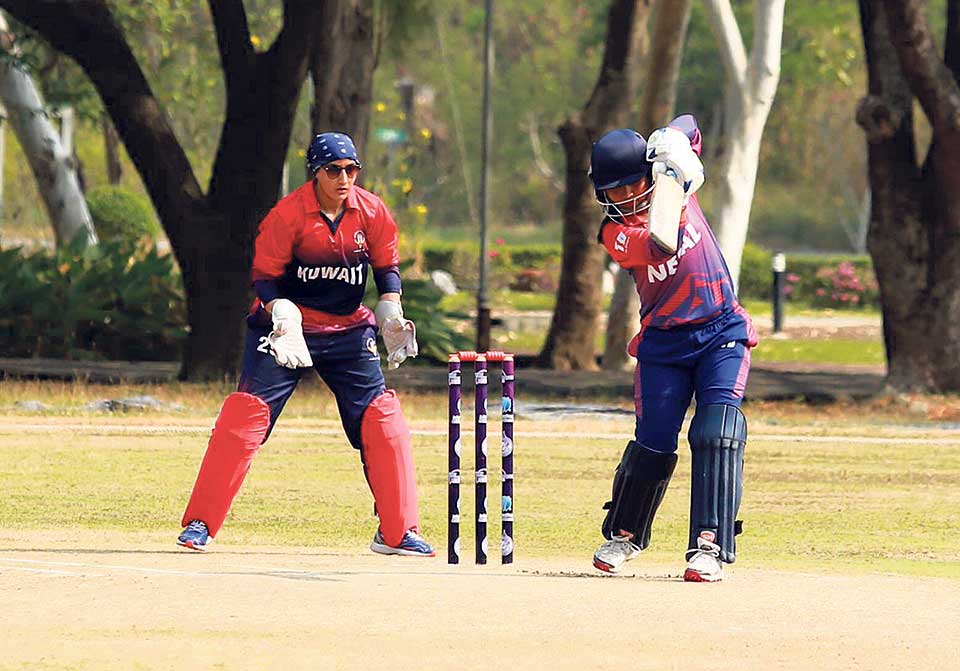 KATHMANDU, Feb 28: An all-round performance from captain Rubina Chhetry helped Nepal national cricket team register a 30-run win over Kuwait, but the team still could not qualify for the Global Qualifiers as Thailand finished top of the group in the ICC Women’s T20 World Cup Asia Region Qualifier in Thailand on Wednesday.

At the Asian Institute of Technology Ground in Bangkok, Chhetry hit 22 runs in her batting spell, and helped Nepal defend the slim target by taking three wickets in the last round of fixtures on the day.

Despite Nepal’s fifth win in six games, it could not qualify to the Global Qualifiers as Thailand defeated the United Arab Emirates (UAE) to win all six group games and reach the qualifiers.

Bindu Rawal hit the highest 28 runs off 49 deliveries including a four, while she was supported by Chhetry, who came to the crease at 83-6 in 15.4 overs, and scored 22 runs off 13 balls which included three fours.

Nary Thapa added 19 runs off as many balls including three boundaries, while opener Kajal Shrestha made 18 runs off 16 balls with two fours. The other batswomen failed to reach the double figures, while two batswomen were out for ducks.

Indu Barma and Roma Thapa scored seven runs each, while the other opener Sita Rana Magar was out for a duck, and Sarita Magar returned to the pavilion for a golden duck.

Maryyam Ashraf scored four runs, while Khadija Khalil went out for just one.

Chhetry was named the player of the match.

In the other matches played on the same day, Thailand defeated the UAE by 50 runs, while Hong Kong beat Malaysia by five wickets.

Thailand is off to the Global Qualifiers winning the group, while Nepal is in second position with 10 points from five matches. The UAE finished third with eight points, while China is fifth with six points. Hong Kong is sixth with four points, Malaysia is seventh with two points and Kuwait finished bottom with no points. 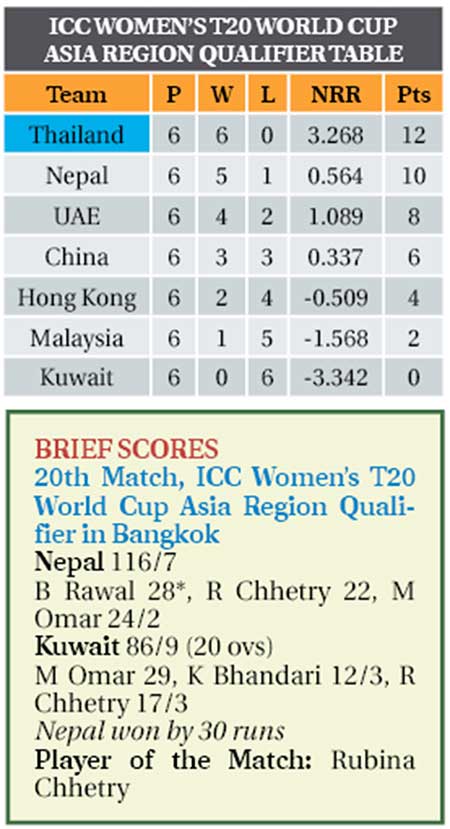 ICC postpones T20 World Cup in Australia due to COVID-19

Australia, Jan 15: AB de Villiers has confirmed there have been talks about his return to South Africa’s team for... Read More...

Prithvi Highway resumes after 11 hours of disruption
6 minutes ago