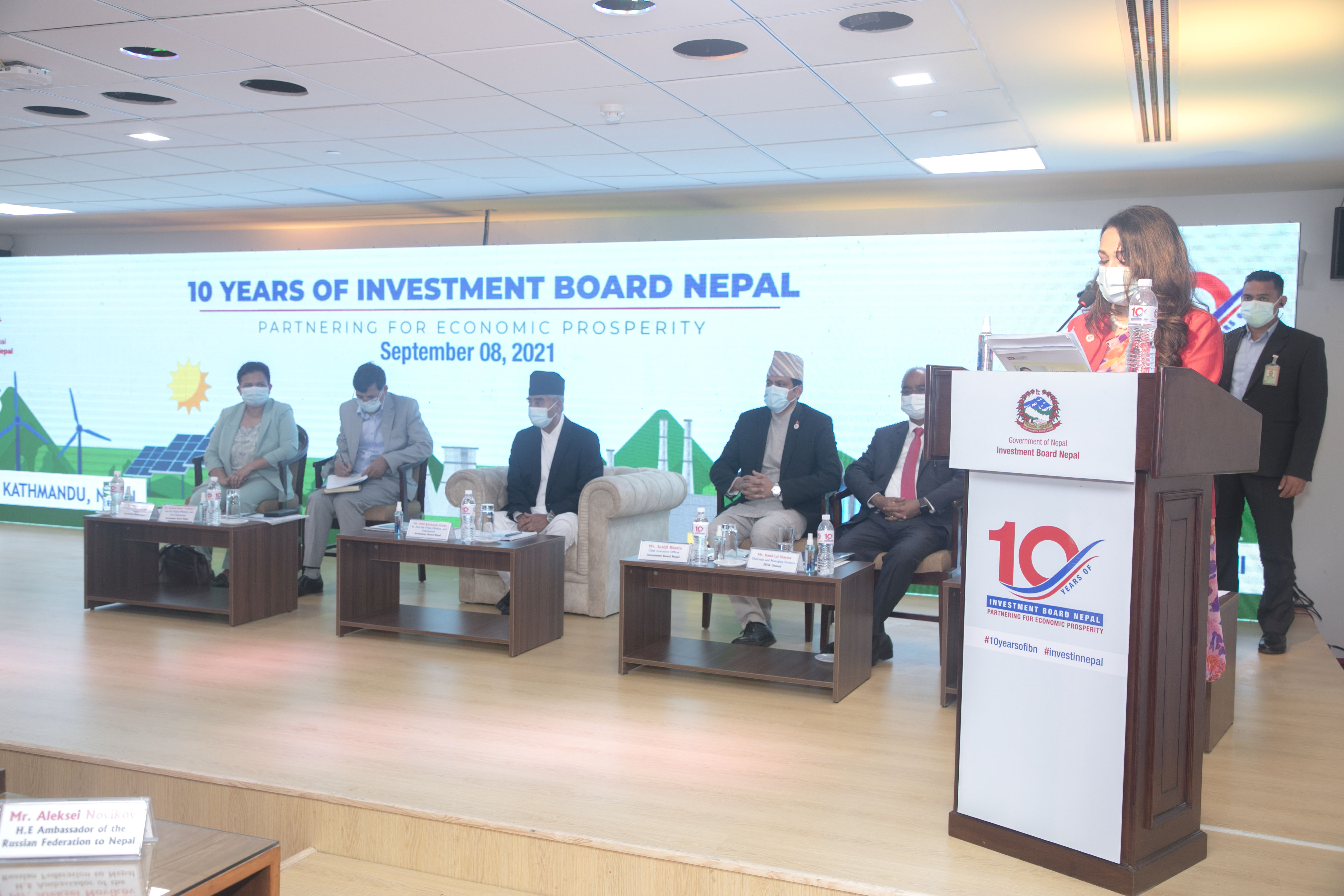 KATHMANDU, Sept 8: Nepal has faced a shortfall of investment worth Rs 558 billion annually to achieve its targets of the Sustainable Development Goals (SDGs) by 2030.

Speaking at the 10th anniversary of the Investment Board Nepal (IBN), Prime Minister Sher Bahadur Deuba said the amount is needed for the development of infrastructures to upgrade the country to higher medium income along with achieving the SDGs targets. “Although it is a tough task to receive the investment amid the impacts of the pandemic, we are keeping hope to get the required amount of foreign direct investment,” he said.

With an aim to facilitate large investment in the country, the government established the IBN a decade ago. For this purpose, the Board has been working as a nodal agency to facilitate investment via public-private-partnership model.

Addressing the function, Finance Minister Janardan Sharma stressed on the need to involve local people to expedite construction of projects. According to him, failing to involve the people has helped projects face a number of hurdles along with increasing their construction costs.  “Now it's time to look for implementing a 4-P model from the existing 3-P model,” said Sharma.

The IBN in a decade of its establishment has approved investment worth Rs 833 billion. Over the period, the board has provided licenses to 27 projects while carrying out memorandum of understanding of seven mega projects. It also organized two investment summits in the country.

Sushil Bhatta, Chief Executive Officer of the IBN, said the Board has prepared a list of major investable projects to speed up the development of infrastructure. “The construction of these projects will help the country meet its need for the infrastructure along with ensuring good returns to the investors,” Bhatta said.

According to Bhatta, the IBN has targeted to facilitate investment of more than Rs 1.1 trillion in the next five years.

KATHMANDU, Oct 9: The government on Saturday gave its go-ahead to inject an additional capital worth Rs 73 billion in the... Read More...

IBN targets to mediate investment worth Rs 1.18 trillion in next four years

KATHMANDU, September 5: The Investment Board Nepal (IBN) has projected to facilitate investment worth Rs 1.18 trillion inside the country in... Read More...