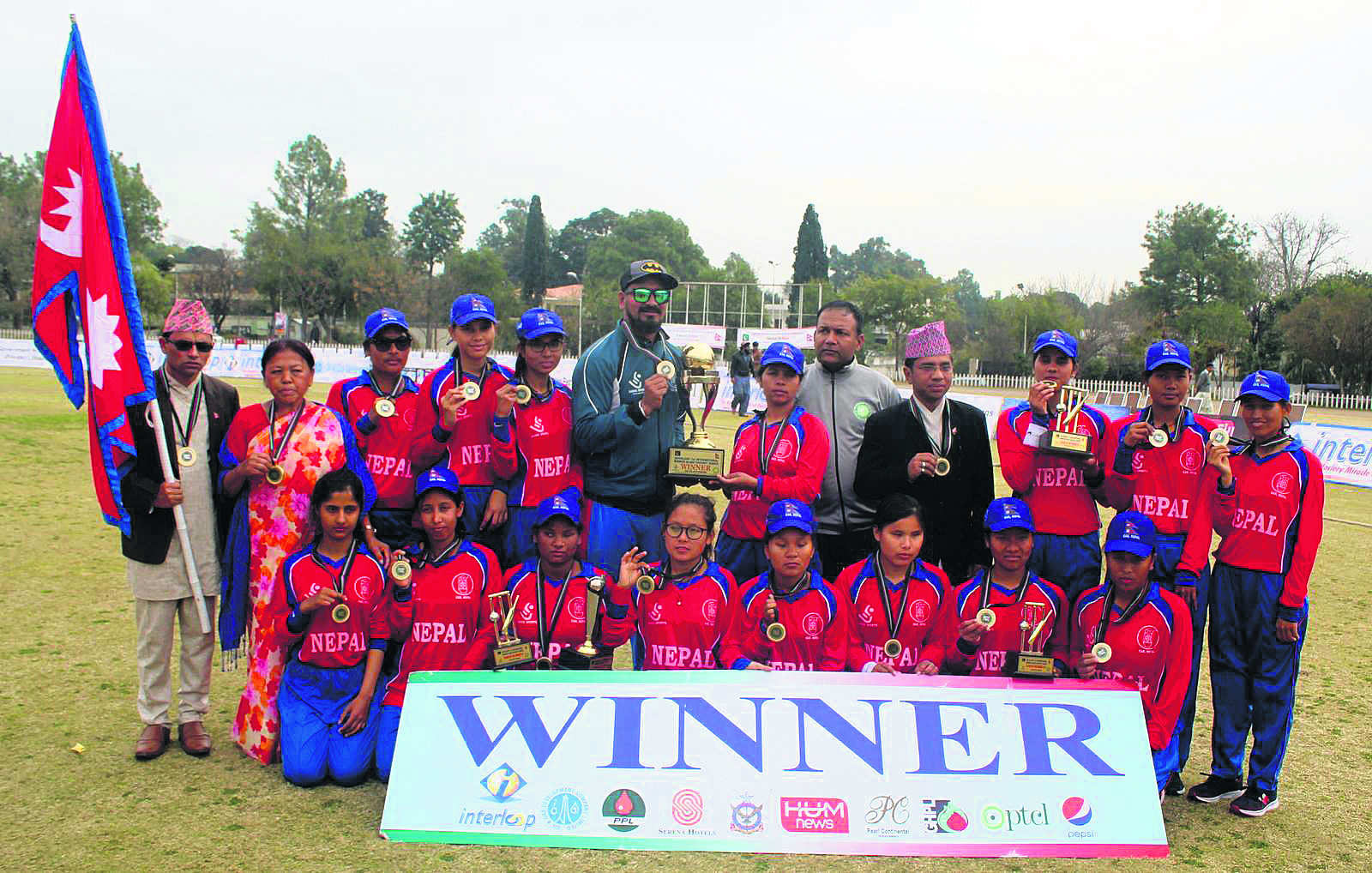 Nepal completed 4-0 win against the host team in 5-match series by winning the last game by 10 wickets, third in four matches. The second T20 match was abandoned due to rain. Nepal had defeated Pakistan by 10 wickets in first and third game whereas the visiting team lost a wicket to complete a 9-wicket win in the fourth game.

Mankeshi Chaudhary scored an unbeaten 81 runs from 36 deliveries which included 15 boundaries to lead Nepal achieve a target of 127 runs in 10.4 overs. Her opening batting partner Asha Regmi stayed not-out on 33 runs from 32 deliveries in an unbeaten third opening partnership of the series between both players. The partnership is also a new record in international women blind cricket.

Earlier, Pakistan skipper Rabiya Shehzadi has won the toss and elected to bat first in the final international match. Opening batter Nisha Bukash scored 40 runs supported by Tayyaba Fatima’s 27 runs to propel the host team score to 126 runs for the loss of six wickets at the end of 20 overs. Nepal scalped six run-outs in the match, as Chaudhary found three Pakistani batter short of their ground whereas Binita Pun caught two outside their respective crease.

Player of the match Chaudhary received a cash prize of Pakistani rupees 25,000 whereas her partner Regmi got 5,000. Nepal received 100,000 in Pakistani currency for winning the series whereas the home team had to satisfy with just 50,000. Muna Aryal, Chaudhary and Pun were adjudged the best players for B1, B2 and B3 category respectively. Similarly, Paksitan’s Kiran Rafique won the best wicket-keeper award.

Talk at the top level
10 hours ago