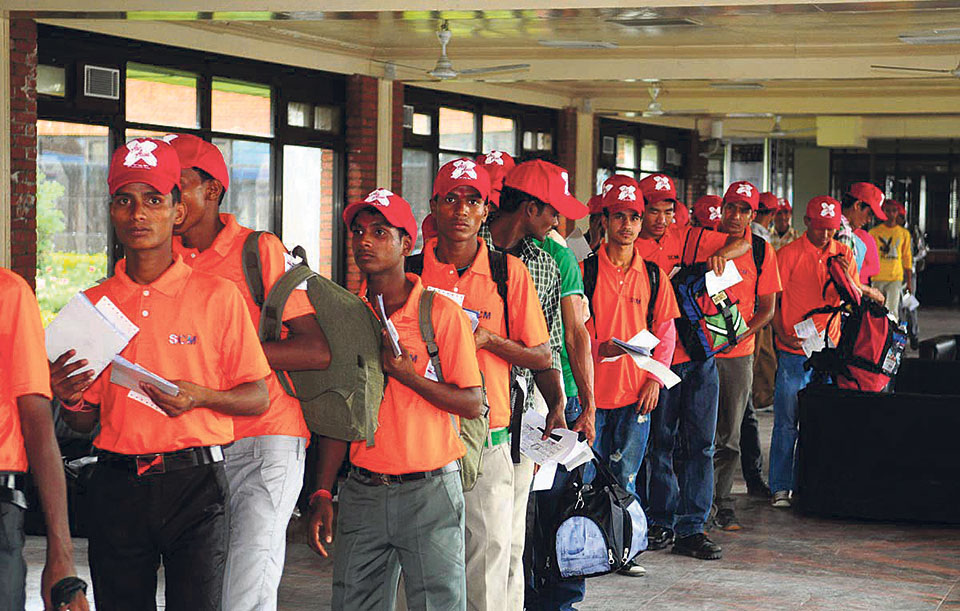 KATHMANDU, Aug 30: Nepal and Malaysia have reached closer to an agreement to resume sending workers from Nepal after a hiatus of some 14 months.

A seven-member Nepali delegation from the Ministry of Labor is visiting Kuala Lampur for negotiation scheduled for September 10-11 after the Malaysian authorities positively responded to Nepal's demand concerning medical centers where prospective workers from Nepal undergo health checkup prior to their departure.

A note verbale sent by the Embassy of Malaysia in Kathmandu to the Ministry of Foreign Affairs on Tuesday said they would consider all 122 medical centers proposed by the Nepal government to perform BMS screening process for recruitment to Malaysia “in the future as long as they fulfill the criteria and requirements set by the Malaysian government."

Spokesperson for the Ministry of Labor, Employment and Social Security, Narayan Prasad Regmi said they are in favor of resuming the process to send workers to Malaysia. “The rest of the things will be clear once we hold negotiation with the Malaysian side,” he said.

The Malaysian government has recognized only 36 of the total 122 medical centers proposed by Nepal to conduct any such test now. “… the 36 medical centers will continue to perform the BMS screening process for recruitment to Malaysia on the basis that these medical centers have been equipped with BMS; have been audited annually by the Government of Malaysia through the Embassy of Malaysia and Bestinet Sdn Bhd and have been certified by the Ministry of Health of Nepal and Ministry of Labor, Employment and Social Security of Nepal to conduct medication examination on Nepali going abroad for work,” said the Note Verbale.

Malaysia is one of the largest labor destination countries for Nepal, with about 1.1 Nepali workers currently working there. Around 130,000 Nepali workers go to Malaysia for work each year.

COVID-19 cases skyrocket in the Kathmandu Valley
15 hours ago

COVID-19 cases skyrocket in the Kathmandu Valley
15 hours ago