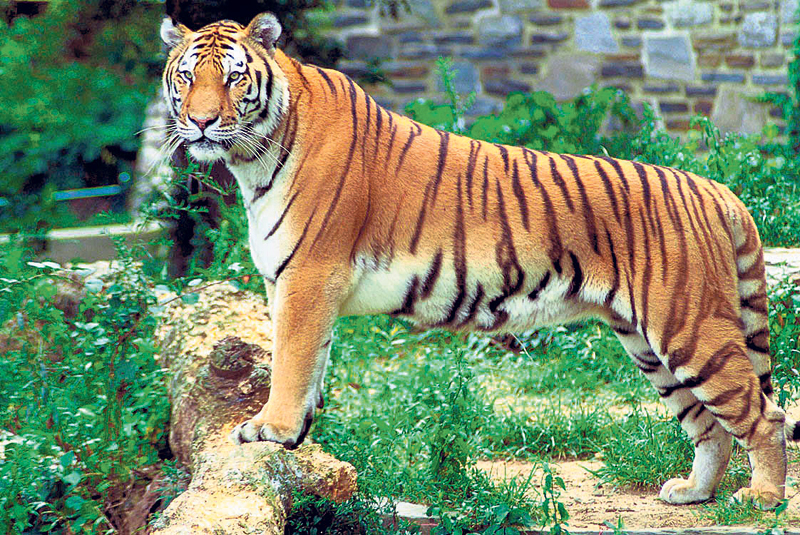 CHITWAN, Oct 2: Nepal and India are going to conduct a joint head count of tigers in the national parks, forests and sanctuaries in Nepal and those in India adjoining Nepal using the same camera tapping method.

Both countries' conservation authorities and experts will use method in which they would install cameras in various locations in the tiger habitats as well as their roaming areas and capture and track down their movements.

The counting of tigers will begin from the second week of November this year, according to the Director General of the Department of National Parks and Wildlife Conservation, Man Bahadur Khadka.

Director-General Khadka shared that although the tiger census have been conducted jointly in Nepal and India in the past but this is the first time when both the countries are employing the same method that is a globally preferred method.

By conducting joint count of tigers and using the same technology that automatically takes the picture of the tigers as they come across the cameras, chances of counting the same tiger over again remains slim, according to Khadka.

He explained that the experts examine and assess the animals' footsteps once they access the pictures and movements captured by special cameras.

A recent meeting between the officials of Nepal and India had decided to conduct tiger census considering usage of the same method.

The Chitwan National Park in Chitwan and Parsa Wildlife Reserve, which are the habitats of tigers in Nepal, are adjacent to the Balmiki Tiger Reserve in Bihar state of India.

As per the last tiger census in Nepal in 2013, as many as 198 Royal Bengal Tigers were found in Nepal, and Chitwan National Park alone housed 120 of them.

Likewise, the recent figure shows that since 2010, the estimated number of tigers across various 14 countries including Nepal stands at 3,900.

The tiger is regarded as an endangered animal and is listed in the Convention on International Trade in Endangered Species (CITES). RSS

KATHMANDU, Feb 28: India and Nepal would hold a joint exercise in Uttarakhand that will include training on jungle warfare, anti-terrorism... Read More...

CHITWAN, May 26: Nepal and India have agreed to launch a joint patrol in parks and reserves along the Nepal-India... Read More...

Over 10,000 people enter Nepal via Gaddachauki in a week for Dashain
50 minutes ago