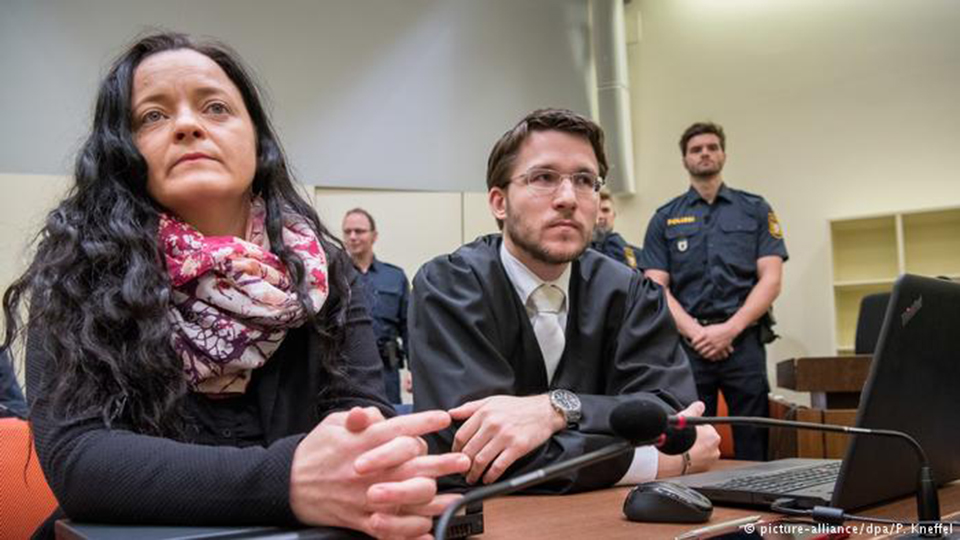 MUNICH, July 11: A member of a German neo-Nazi gang was jailed for life on Wednesday for her part in the murders of 10 people during a seven-year campaign of racially-motivated violence. Beate Zschaepe, 43, was part of the National Socialist Underground (NSU), whose members killed eight Turks, a Greek citizen and a German policewoman, the Higher Regional Court in Munich ruled. The judges said she bore “particularly heavy guilt” and handed her their heaviest sentence at the end of one of the most closely watched court cases in Germany’s post-war history.

Zschaepe had denied any knowledge of the murders during the five-year trial. But she said later she regretted not stopping two male members of the gang, Uwe Boehnhardt and Uwe Mundlos, from carrying out the killings.

Those men killed themselves in 2011 when police discovered the gang by chance.rosecutors said she had played a key role behind the scenes, planning the killings and arranging money and alibis.

The murders shook a country that believed it had learned the lessons of its past. A report in 2014 said police had “massively underestimated” the risk of far-right violence and that a series of missteps had allowed the cell to go undetected.

“This is a just punishment for the NSU’s cold-blooded and unprecedented series of crimes,” Bavarian Interior Minister Joachim Herrmann said in a statement.

Five of the ten murders took place in Bavaria, the most violent attacks of their kind in Germany since the far-left Red Army Faction’s two-decade killing spree that ended in 1991 and left at least 34 dead.

“What the perpetrators did cannot be made up for. The victims will never be forgotten,” said German Foreign Minister Heiko Maas. He said Germany needed to tackle racist violence with diversity and the strength of law.

Zschaepe’s lawyer, Mathias Grasel, said he would appeal against Wednesday’s ruling.“The verdict is wrong!” Grasel said in a statement. “Conviction for complicity is legally untenable. The fact is: Ms. Zschaepe was demonstrably present at no crime scene and never fired a weapon or detonated a bomb.”

Turkey’s foreign ministry said the trial had not uncovered the full story of the murder of its citizens and the other victims.

“Unfortunately, the ruling made today has not brought to light the real criminals, the background of the NSU murders and the connection between the deep state and intelligence to its full extent,” it said, without going into further detail.

Zschaepe, wearing a purple and white scarf and black outfit that matched her black hair, chatted calmly with her lawyer in the court room before the verdict was read out.

RAJBIRAJ, July 6: The District Court has sentenced a woman and her daughter to life in prison, with a term... Read More...

MUMBAI, May 3: A special court in Mumbai today sentenced Chhota Rajan to life in prison in the seven-year-old J... Read More...