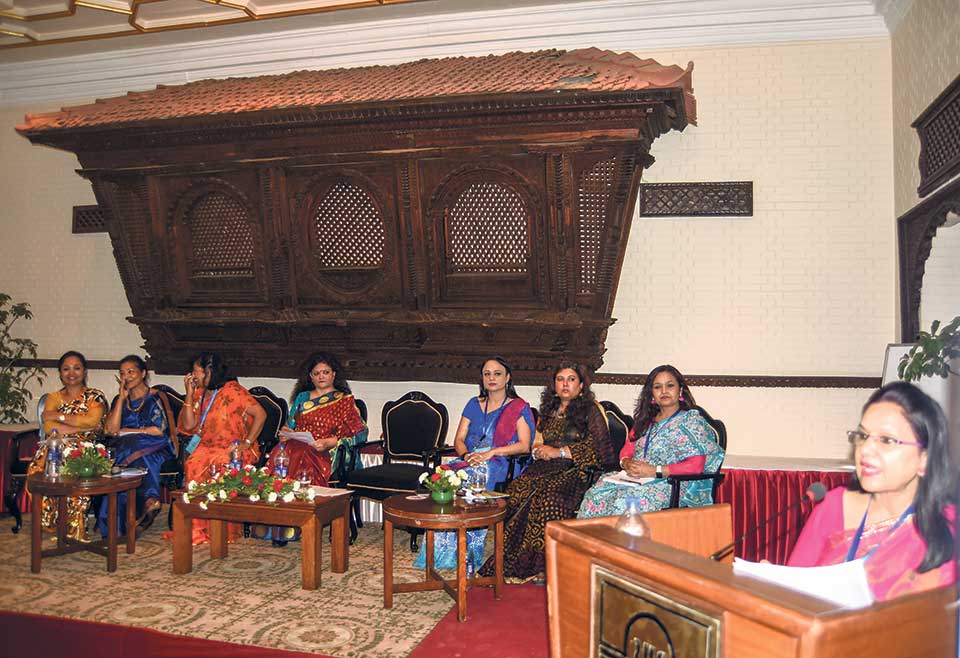 Participants of an event on women's economic empowerment and financial independence held in the capital on Friday | Photo: Pratik rayamajhi / Republica

In this regard, NDI initiated a five-day orientation seminar with the slogan 'Empowered women for prosperous Nepal', which saw the participation of 100 woman representatives from seven political parties.

The seminar focused on six different sections including research, lobbying, alliance building, and community outreach in order to meet its long-term goal.

The campaigners have demanded that the government allocate at least 25 percent of the annual budget for women empowerment in the rural areas with 60 percent of the allocated budget to be invested to empower them economically.

“As the government failed to allocate sufficient budget in its annual budget for the fiscal year 2018-19, we have launched this campaign in order to have our proposal properly addressed,” said one of the mentors, Neera Shrestha, a professor at Tribhuvan University.

“One of the agendas of the campaign is to ensure women's access to loan, market, skill and entrepreneurial development by the end of the fiscal year 2019-20,” said Jaya Luitel.

President at Media Advocacy Group and coordinator for the campaign, Babita Basnet, said that the campaign will further work on various projects until the demands are properly addressed.

While Nepali women continue to face numerous obstacles in everyday life, celebrations are in order to honor the achievements that... Read More...

KATHMANDU, Sept 13: Minister for Finance Dr Yubaraj Khatiwada has underscored the need for collective effort to advance the cause... Read More...

Three people killed in jeep accident in Lamjung
3 hours ago