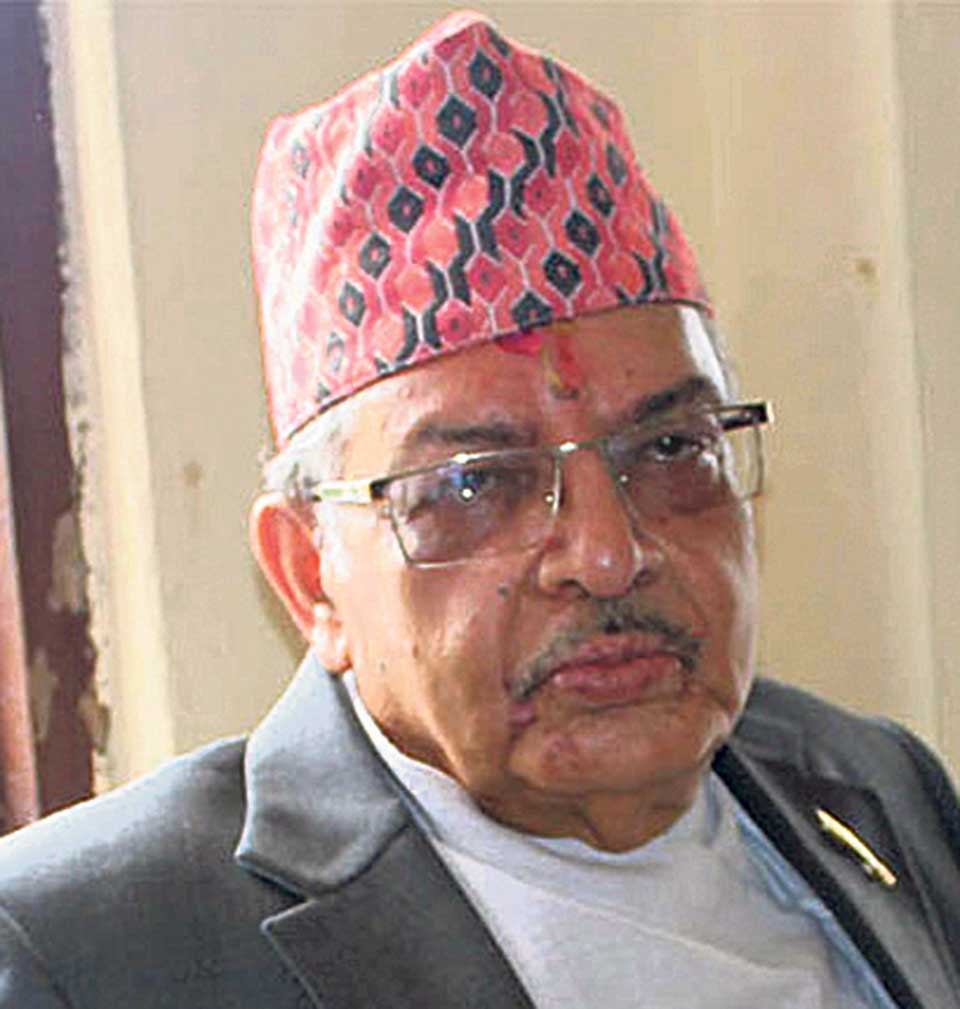 Signature campaign put on hold to see if he resigns

KATHMANDU, Sept 21: The ruling Nepal Communist Party (NCP) has collected signatures to register an impeachment motion against seniormost Justice at the Supreme Court, Deepak Raj Joshee. He was rejected for the post of chief justice during parliamentary hearings last month.

But the party has put the impeachment motion on hold to see if Joshee resigns of his own accord, following the development. Senior party leaders said on Thursday that the motion will be registered if Joshee doesn't resign by Friday afternoon.

Chief Whip of the party Dev Gurung and Whip Shanta Chaudhary had instructed party lawmakers Thursday morning to sign a blank paper placed at Shankar Hall in the parliament building, mentioning their names and serial numbers.

“After the instructions from the chief whip and whip we signed a blank paper with our names and serial numbers. Party leaders didn't tell us about the purpose of our signatures but we learnt later that that it was for impeaching Joshee,” said a lawmaker requesting anonymity.

But instead of registering the impeachment motion NCP leaders informed Joshee about developments and decided to wait till Friday to see if he would resign, said a party source. NCP leaders had earlier warned Joshee to resign or face impeachment after he decided to return to court duty following a month's leave.

NCP lawmakers had voted for Joshee's rejection for the post of chief justice in August , citing controversy over his academic credentials and his leadership skills. But the opposition Nepali Congress (NC) had boycotted the decision, accusing the NCP of taking the decision without adequate logic. The hearings committee has not made any comments about its decision to reject Joshee.

According to Article 101 of the constitution, the chief justice, justices and members of the constitutional council will be suspended from their post once one-fourth of the members of the House of Representatives register an impeachment motion . The ruling coalition of the NCP and Federal Socialist Forum Nepal has a two-thirds majority in parliament, which is needed for passing an impeachment motion from the House.

House session put off until March 10
12 hours ago