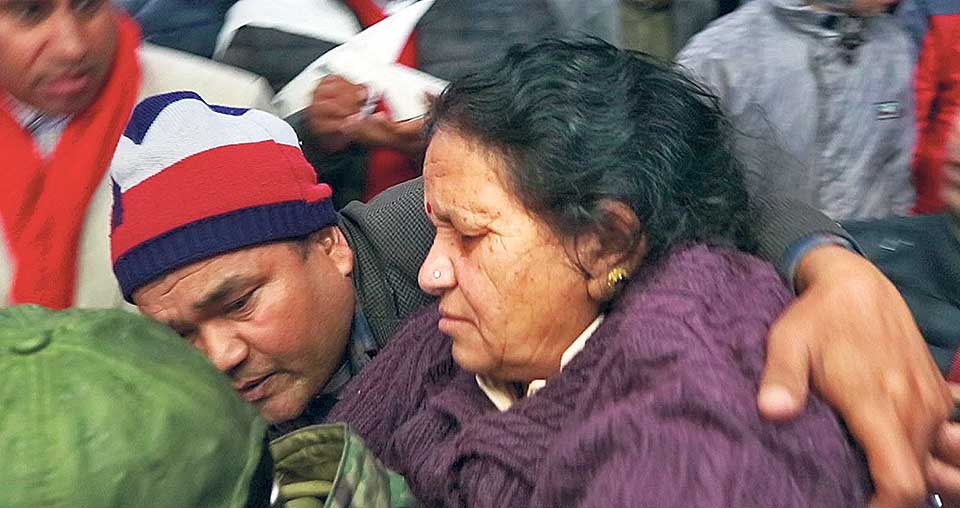 A grief-stricken Laxmi Adhikari, mother of Minister Rabindra Adhikari, being consoled by a relative in Pokhara on her way to Kathmandu on Friday.

KATHMANDU, Feb 28: Chairperson of Nepal Communist Party, Pushpa Kamal Dahal has extended condolences to the bereaved family of Minister for Culture, Tourism and Civil Aviation, Rabindra Adhikari, who was killed in a helicopter crash on Wednesday.

Reaching the official residence of Minister Adhikari at Pulchowk this morning, Chair Dahal extended condolences to the family members of late Adhikari.

Sherpa, Shrestha and Dahal were also killed in the same chopper crash.