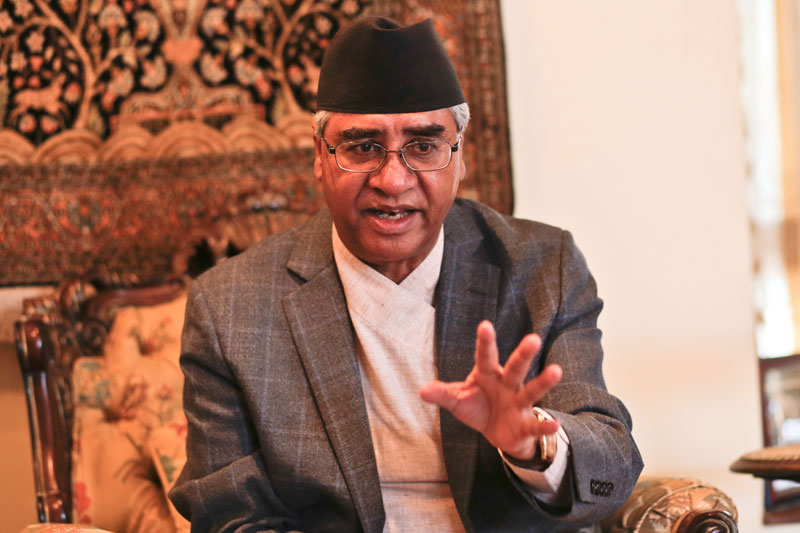 KATHMANDU, June 20: With the government announcing withdrawal of the Guthi Bill from parliament, the main opposition Nepali Congress (NC) has stepped up pressure to withdraw other controversial bills including the Media Council Bill.

Addressing the lower house meeting on Wednesday, NC President Sher Bahadur Deuba said that the opposition will not allow controversial bills to be endorsed from the House. Stating that the Media Council Bill aims to terrorize the media and curtail the freedom of speech and the press , former prime minister Deuba demanded that the government withdraw the bill promptly. “Attack against a free press is an attack against democracy and human rights. Democracy cannot survive without the freedom of the press,” Deuba said. “We will not let parliament endorse the Media Council bill.”

Journalists have been agitating, demanding withdrawal of the bill that proposes a state-controlled media council authority and hefty fines and jail sentences for violations of the media code of ethics.

Stakeholders have been protesting against these bills for curtailing civil liberties, limiting the powers of the human rights watchdog body and assigning to the prime minister the power to mobilize the army, something in contravention of the spirit of the constitution.

“The controversial bills should be withdrawn immediately. We will intensify our protest if the bills are not withdrawn,” said Deuba. He also criticized the government for announcing withdrawal of the Guthi Bill through a press conference instead of following the parliamentary procedures.

Venting ire against Prime Minister K P Oli and the speaker of the House for not allowing him to speak prior to Oli on Tuesday, Deuba said the prime minister should be responsible for answering about the concerns of the prime minister. “The opposition speaks and the government acts,” he said .

Deuba also vented ire against the prime minister for not hearing out the address of the main opposition party in the House, which was against established practice.

Where to contact if someone needs Remdesivir?
4 hours ago
Sagarmatha sees first deaths of 2021 expedition
3 hours ago