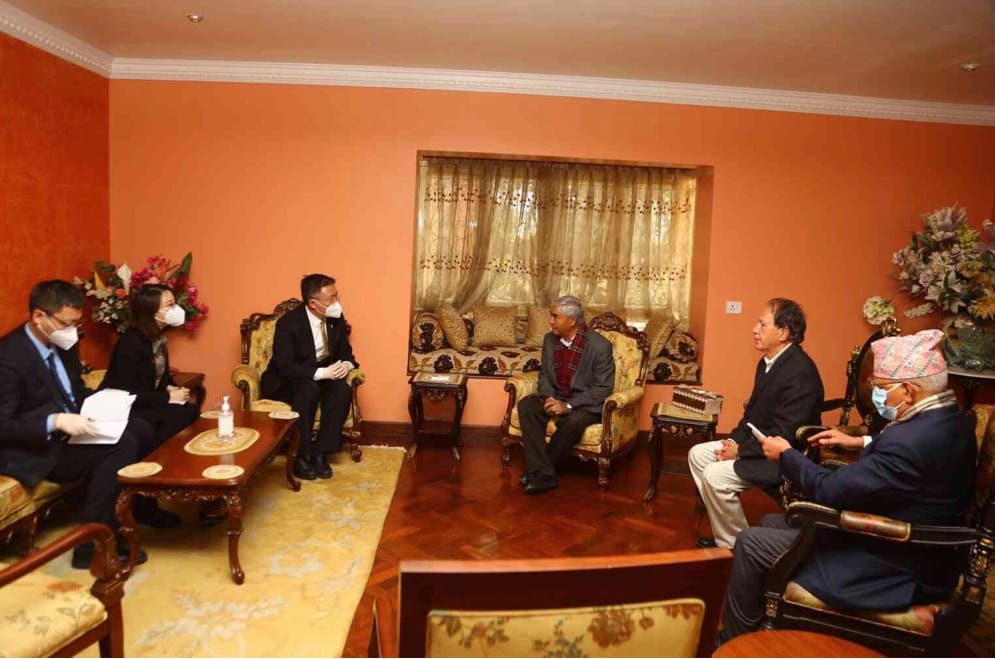 KATHMANDU, Dec 29: The visiting delegation led by Guo Yezhou, vice-minister of the Communist Party of China, held talks with Nepali Congress President Sher Bahadur Deuba on Tuesday and gave him an invitation to visit China.

The meeting took place at Deuba's residence at Budhanilkantha. In the meeting, Vice-minister Guo invited Deuba to attend the centenary celebration of the establishment of the Communist Party of China in 2021.

On the occasion, vice-minister Guo said that they have very cordial relations with the Nepali Congress and it has an appreciable role to play in the country whether it is in the government or out of the government.

He also lauded the contribution made by Nepali Congress' founding president and the first people-elected Prime Minister, BP Koirala, in improving relations with China.