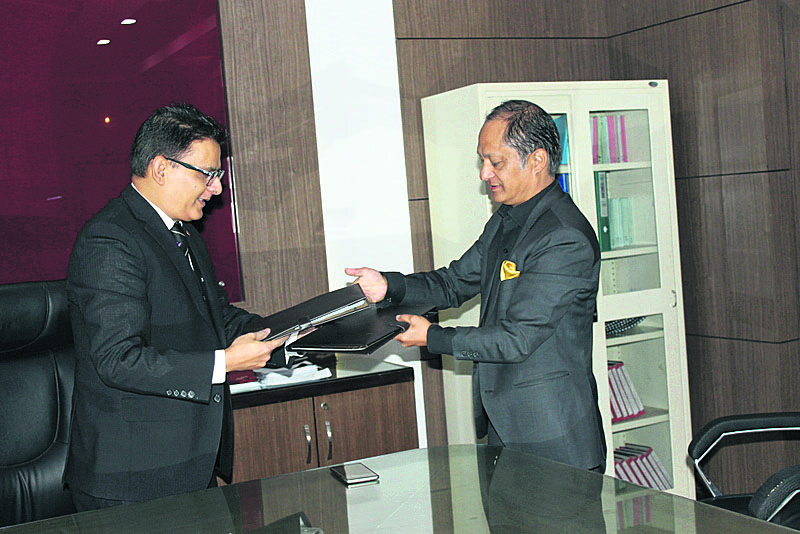 KATHMANDU, Dec 20: National Banking Institute (NBI) and NIC Asia Bank have signed a Memorandum of Understanding (MOU) to jointly launch 'Financial Literacy' campaign as part of the bank's CSR initiative.
Issuing a statement, the bank said that the joint campaign is targeted at dissemination of banking knowledge nationwide, particularly in remote and semi urban areas where bank has its presence. “The unique program developed by NBI captures comprehensive components of Financial Literacy with aim to disseminate financial knowledge to general public ultimately leading to entrepreneurship,” the statement added.
The program will focus on youth, students, marginalized community, remittance dependent family and women group, it added.
After signing the MoU, Sanjib Subba, CEO of NBI, said that it is very strategic for a bank to use its CSR resources partly in Financial Literacy initiative as this would earn strong brand dividend for the bank and also help support access to finance and financial inclusion which ultimately benefit the national economy.
NBI has been actively working in financial literacy areas since 2011. It has so far has conducted several financial literacy programs nationwide reaching out to several hundred individuals.
Likewise, Laxman Risal, CEO of NIC Asia, said that the joint initiatives will translate NIC Asia's vision to be a trusted partner for every Nepali. “The awareness of general public will enhance which will support the economic growth in the country and create conducive financial environment,” he said, adding: "Next level of banking shall be done on the knowledge base, internally and externally."