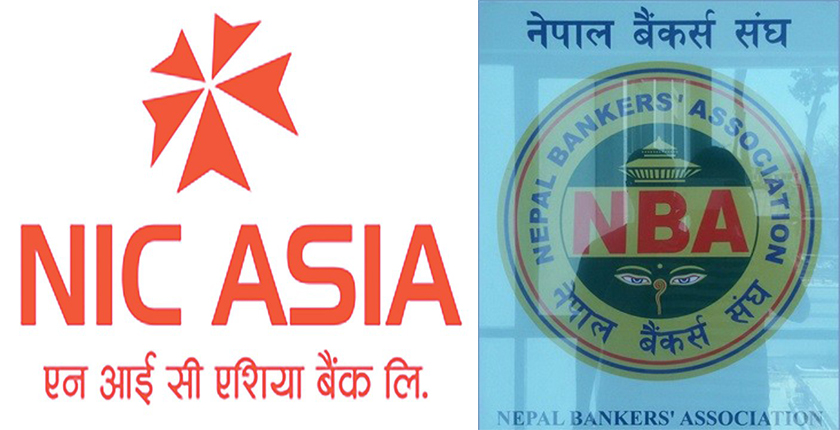 KATHMANDU, March 10: Nepal Bankers Association (NBA) on Friday told its member banks to suspend their interbank transactions with NIC Asia Bank Ltd for raising interests on deposits “in breach of an informal understanding to cap the interest rates.”

The meeting of the executive committee of the NBA -- the umbrella organization of 28 commercial banks -- decided to exclude NIC Asia Bank from all kinds of interbank transactions including foreign exchange after the commercial bank raised the interests on savings deposits to 10 percent and fixed deposits to 12 percent. Earlier last week, the NBA has reached an “informal agreement” among member banks to cap the interests on savings deposits at 8 percent and fixed deposits at 11 percent.

However, NIC Asia published a scheme to woo deposits with highest interest rates on savings deposits and fixed deposits by ignoring the NBA decision. The NBA has been maintaining that the cap on the interest rates was needed to prevent ‘unhealthy competition’ among banks and spiral-like rise in interest rates.
NBA officials say that their Friday’s decision to ostracize NIC Asia Bank will insulate member banks from operational risks.

“We have decided to not conduct transactions with NIC Asia Bank after concluding that the bank’s unhealthy practice has created systemic risk in the banking system,” Gyanendra Dhungana, the NBA president, told Republica.

NIC Asia officials reacted that the NBA decision is an attempt to punish the bank for offering competitive interest rates to depositors.

“We could not agree to the NBA decision to cap the interest rates as such a decision is against the interest of our depositors and the economy,” said Roshan Kumar Neupane, assistant CEO of NIC Asia Bank. “The association is trying to act like a banking regulator, which it is not,” said Neupane. He also said that the NBA decision will not have big impact on the bank. “We will seek standing liquidity facility from NRB and at the same time we have adequate foreign exchange reserve,” he added.

Experts say that the NBA acted like a cartel when it attempted to cap the interest rates. “These banks have acted like a cartel and NIC Asia has done the right thing by challenging the decision,” said Deependra Bahadur Kshetry, former NRB governor. “It’s very unfortunate that the central bank has become a mute spectator to this anomaly,” he added.

NRB officials however said they central bank does not need to intervene. “It’s their internal matter. Our job is to see whether the rules have been complied or not. If they approach us, we will listen to both the parties and take appropriate decision,” said Narayan Prasad Paudel, the NRB spokesman. He said that the decision of the NBA to cap interest rates was against the free market concept.