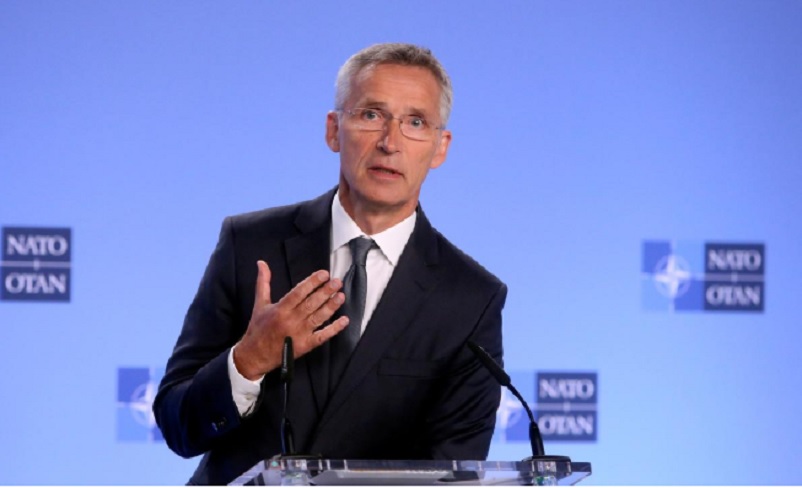 SYDNEY, August 7: NATO needs to understand the implications of China’s rise as Beijing expands its power around the world, including areas that may challenge members of the North Atlantic security body, Secretary General Jens Stoltenberg said on Wednesday. China’s increasing assertiveness, including in the South China Sea, has raised concerns about its intentions, and the United States has called on NATO to recognise and adapt to new emerging threats, including China.

“This is not about moving NATO into the Pacific, but this is about responding to the fact that China is coming closer to us,” Stoltenberg told Reuters in an interview in Sydney.

“So all of this makes it important for NATO to address the rise of China, and we do that not least by working closely with our partners in this region – Australia, New Zealand, but also Japan and South Korea,” Stoltenberg said.

Beijing has said the country’s economic and military advancements are no threat to other nations.

However, tensions have risen as a trade war between Washington and Beijing escalates, and U.S. Defence Secretary Mark Esper said he would like to place intermediate-range missiles in the Asia-Pacific region.

On Sunday, while on a visit to Sydney, Esper said China was destabilising the Indo-Pacific region, accusing Beijing of predatory economics, intellectual property theft and “weaponising the global commons”.

“I spoke with Secretary Esper yesterday and he said clearly that it would take time to develop new intermediate range weapons, and any potential deployment in this part of the world will take time and no decision has been taken,” Stoltenberg said.

He spoke after meeting Australia’s Prime Minister Scott Morrison and its foreign and defence ministers to discuss China, the war in Afghanistan, terrorism and cyber security.

“For me it is extremely useful to listen to Australia, with the knowledge, the experience and just the presence in this region, that provides you with an understanding which is important for NATO,” he said.

China is Australia’s largest trading partner but the diplomatic and trade relationship has cooled significantly as Canberra raised concerns about China’s influence in the country and banned Chinese telecom firm Huawei from Australia’s 5G network.

Australia and other Western allies worried that 5G would be a foundation technology for critical infrastructure that could be compromised by Beijing, which rejects those concerns.

“NATO also believes 5G technology will be building block of society and the organisation is now working on formulating a way to secure its own technology,” Stoltenberg said.

“5G technology is extremely important as it will affect all wakes of life, Industry, communications, energy, in a much more fundamental way than 4G does today,” he added.

Stoltenberg was guarded on the latest round of Afghanistan peace talks, reiterating his earlier comments in New Zealand that the prospect for a deal was closer than ever before.

“I hope it’s possible to reach an agreement soon. We are closer to a deal than we have ever been before, but it is not possible to give an exact date because these are negotiations,” he said.

Medical supplies including oxygen cylinders and ventilators ready to be delivered to Nepal: China
14 hours ago