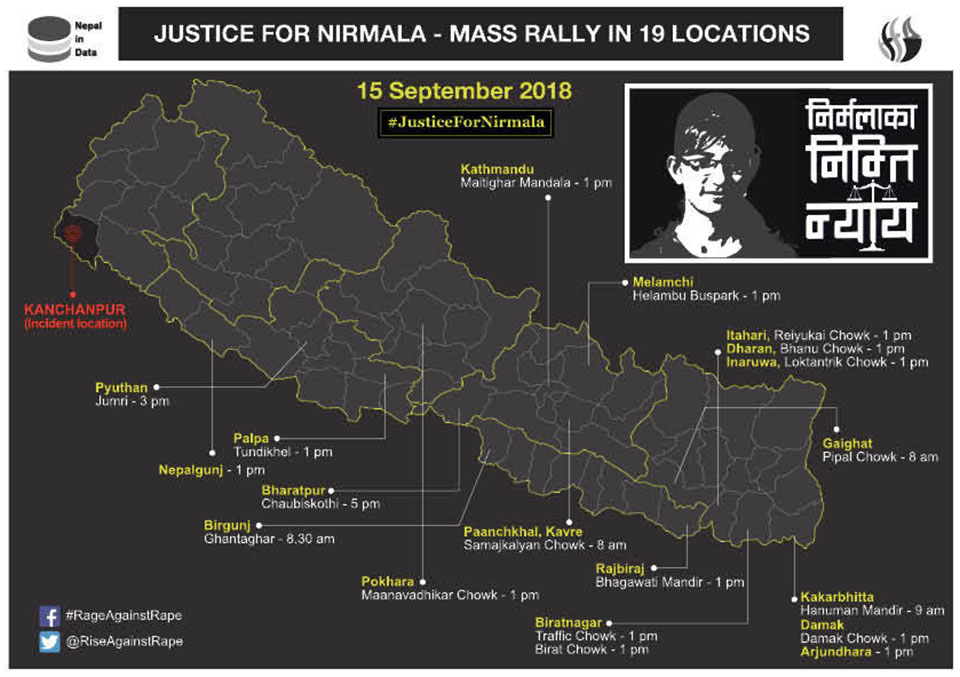 KATHMANDU, Sept 15: In an attempt to exert pressure on the government to book those guilty in the rape and murder of Nirmala Panta of Kanchanpur, civil society members are organizing protest demonstrations across the country on Saturday.

The demonstrations are being organized to demand free and fair investigation into the case and book the guilty at the earliest possible. This comes in the wake of growing frustration in the public over the failure of the police to reach nowhere near the truth even as Friday marked the 49th day since the teenager was found dead.

Two major demonstrations are scheduled to be organized in Kathmandu and Kanchanpur, where the 13-year old was raped and murdered. In Kathmandu, the demonstration will begin from Maitighar Mandala at 1 pm and march past Babarmahal and Bijulibazar before converging into a gathering at New Baneshwar.

Most of the other demonstrations across the country -- including the ones in Pokhara, Jhapa, Morang, Sunsari, Birgunj, and Saptari -- are going to be held at 1 pm.

Rain with thunderstorm predicted for today
2 minutes ago