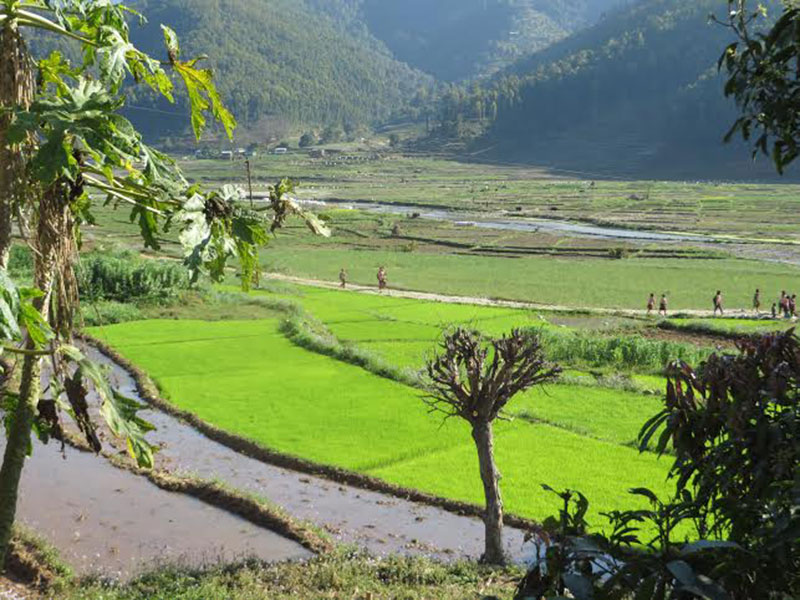 KATHMANDU, Oct 22: The National Farmer’s Commission has urged the government to fix the ‘consent price’ of major crops as rice, maize, wheat, millet, buck wheat, sugarcane, among others.

“The consent price of various major crops fixed by the government supports the farmers a lot as they can sell off their produce for decent price,” said the Commission chairperson Chitra Bahadur Shrestha.

According to the Commission, 66 per cent of the country’s population is dependent on agriculture for livelihood. The contribution of the agriculture sector to the national GDP stands at 28.8 per cent.

The Commission was set up on January 19, 2017 with the goal of creating a farmer’s rights-friendly environment by helping the government bodies related to agriculture in the effective implementation of the right of farmers granted by the constitution so as to develop agriculture as a dignified and attractive profession.

The Commission has also been carrying out monitoring for resolving the farmers’ problems.

“The monitoring of the development projects targeting farmers and the initiation of having the participation of farmers in policy formulation has been done through the Commission. Representation of farmers in the monitoring team has helped them learn about new farming technologies and their participation in the policy making has aided them to address their problems,” Shrestha said.

The Commission has given suggestions for further reforms in the Prime Minister Sgriculture Modernization Project after carrying out onsite inspection of the ‘super zone’ programme implemented under the Project. Likewise, it helped fix the price of sugar coordinating with the sugarcane farmers and the sugar factory operators. It also coordinated with the stakeholders concerned for supplying fertilizers and seeds to the farmers as well as contributed to extending the access to the agricultural insurance scheme to the rural level.

Similarly, commission Chairman Shrestha said they have conducted a study on the present status of the agricultural loans, a study on problems related to export promotion of agriculture products and its scope, a study on managing the uncultivated land and a study about the contract act for agricultural commercialization and contract farming.

Shrestha added that the Commission has set the work procedures of the farmers’ pension programme based on contributions which has provisions like classification of farmers, distribution of identity cards and subsidies on pension based on contribution, among others. The pension scheme mainly covers topics as provision of fertilizers, seeds and cash grants to farmers and the insurance for farmers.

The Commission has also prepared the work procedure for the effective enforcement of the Right to Food and Food Sovereignty Act, 2018 which has been legislated for the implementation of the fundamental rights. The work procedure has been forwarded to the Ministry for its approval.

There is no loss in agriculture, says a Banke farmer

BANKE, Dec 8: “There is no loss in the occupation of agriculture. It may not give you big money, but... Read More...