Nadal will play Querrey for the Mexican Open title 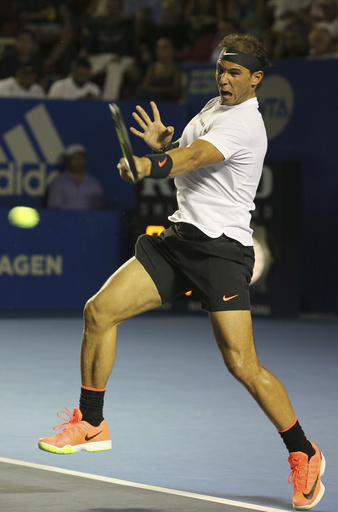 Seeking his first title this season and 70th overall, the 30-year-old Spaniard ran his Mexican Open winning streak to 14 matches and 28 sets. He won the event in 2005 and 2013, when it was played on clay.

The second-seeded Nadal, playing his first tournament since losing to Roger Federer in the Australian Open final, last won a hardcourt title in January 2014 in Doha.

"You need to have a great day to get a result like this against Cilic," Nadal said. "Anytime you play against someone like Cilic you expect to suffer in a tight match, but it was not like that. I believe that he had his chances, but I played a good game".

In the late game, Querrey continued an inspired week in which he has defeated Belgian David Goffin, Dominic Thiem and now Kyrgios, who defeated Novak Djokovic on Thursday.

"It does not get any easier tomorrow, it will be the toughest test," Querrey said. "I played great today, but I need to play even better tomorrow to beat Nadal".

The American will try to win his ninth title, and first since Delray Beach in 2016.

Querrey is 0-4 against Nadal.

In the women's semifinal, second-seed Kristina Mladenovic of France beat American Christina McHale 7-5, 4-6, 6-2, and the Ukraine's Lesiia Tsurenko led top-seeded Mirjana Lucic-Baroni of Croatia 5-0 when Lucic-Baroni retired because of a stomach virus.

Rafael Nadal to play at Queen's

Rafael Nadal has announced his intention to play at this year's Queen's tournament in the build-up to Wimbledon. ... Read More...