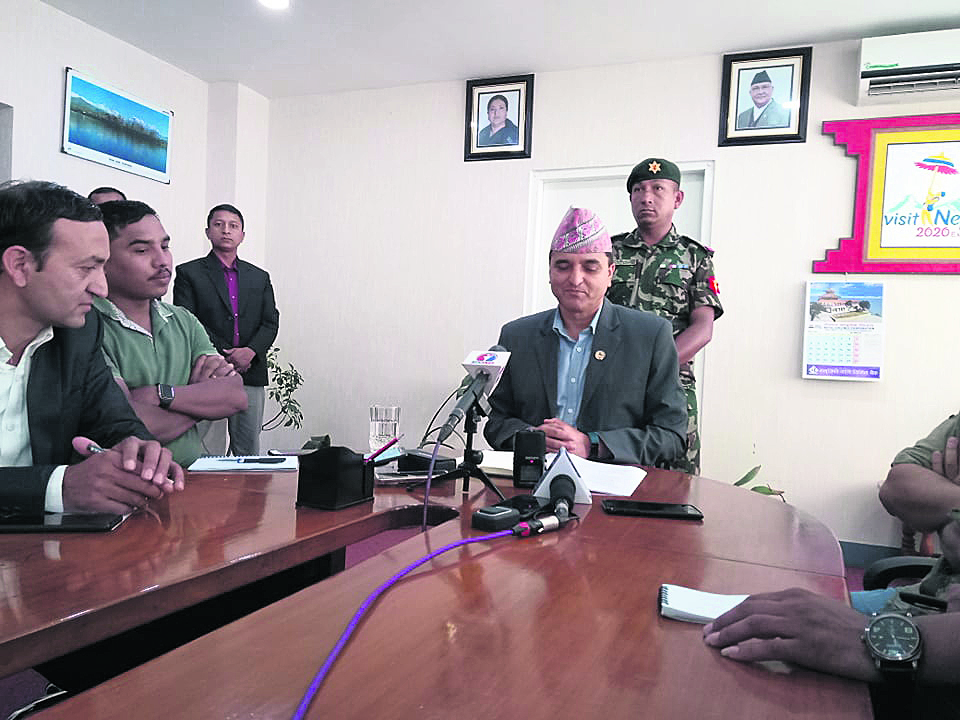 KATHMANDU, Aug 8: The government has formed a task force to study problems plaguing the Nepal Airlines Corporation (NAC) and suggest measures to bring about improvements in the ailing national flag carrier.

With the formation of the taskforce, newly-appointed Minister for Culture, Tourism and Civil Aviation Yogesh Bhattarai has made it clear that his main mission is to strengthen the national carrier. “A lot of studies and researches have already been conducted on the situation that the NAC is currently in,” Bhattarai said, speaking at a press meet organized in Kathmandu on Wednesday. “We have formed this taskforce to bail the national flag carrier out of this crisis, not just to conduct yet another study.”

The taskforce consists of Chartered Accountant Pramod Karna, management expert Dim Prakash Paudel and Captain Sudhir Shamsher Raut. Budhisagar Lamichhane, a joint secretary at the tourism ministry, is the member-secretary of the taskforce.

According to Bhattarai, the taskforce has been asked to study legal, institutional, structural, management and commercial capacity of the national flag carrier and make short-term and long-term suggestions for strengthening it. The taskforce has been given one month to submit its report.

Talking to media persons for the first time after assuming the office of tourism ministry, Bhattarai said that the government has accorded high priority to Nijgadh International Airport. “As the airport will be just an hour’s drive from Kathmandu after completion of Kathmandu Terai Madhes Expressway, it will be very important for the country,” he said, adding that groundbreaking of the airport will be done within 2019.

Stating that he was aware of the environment issues being raised, Minister Bhattarai assured that the government will plant trees in other places to compensate for the loss of trees due to airport construction. “We need to do a study on the quantity of trees that will have to be cut down,” he said, adding that the ministry will talk with the Province 2 government for rehabilitation of slum settlement in the area proposed for the international airport.

Bhattarai also said that the ministry will hold discussion with Investment Board Nepal to finalize investment modality to build the airport. Similarly, he said that the ministry was holding talks with some foreign firms for management of the under-construction Gautam Buddha International Airport in Bhairahawa which has achieved 73 percent physical progress. “As Pokhara International Airport has achieved 45 percent work progress, we are hopeful that construction work will be completed by 2021,” he added.

KATHMANDU, July 12: Nepal Airlines Corporation (NAC) has repatriated a total of 10,912 Nepalis from different countries as per the established... Read More...

BHOJPUR, Oct 4: Nepal Airlines Corporation has resumed flights from and to Bhojpur airport after around two months of break. Read More...