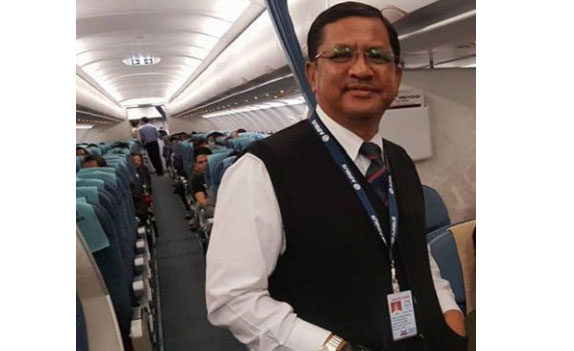 NAC officials said Awale is leaving for Singapore on Thursday. He is scheduled to take Aircraft Simulator Training to renew his flying license.

Many in NAC have criticized the decision to spend millions of rupees on a person facing a criminal charge. “The charges on him are pending. What if he lost the case? Who will reimburse the money spent on him?” asked an NAC official.

Sources said that NAC managing director Sugat Ratna Kansakar had unilaterally decided to send Awale for the training. The proposal was not even forwarded to the NAC board meeting, several sources said.

Earlier, Kansakar had allowed Awale to return to regular duty after he was released on bail by the Department of Revenue Investigations.

In a statement given to the police, Awale had confessed to his crime. In April, Awale, who was scheduled to fly an NAC aircraft to Dubai, was caught red-handed by Nepal Police with undeclared
US$ 93,600 at the TIA. He had said that he was carrying the undeclared cash to send to his daughter in the US via Dubai.

It is against the law to carry more than US$ 2500 while traveling abroad. Passengers have to declare the source of the amount.

Ncell converts itself into public company
9 hours ago