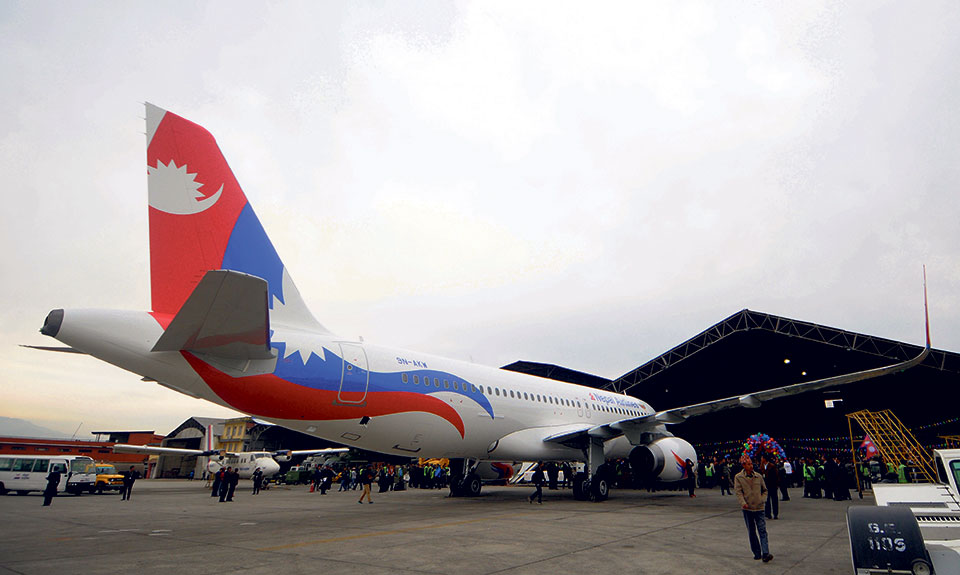 “We have called vacancy for 50 pilots. Applicants can submit application starting Friday. The deadline is March 5,” said Nawaraj Koirala, joint spokesperson for NAC. Currently, the corporation has 17 foreign pilots under contract for limited time. Once their contracts terminate, NAC has to recruit new pilots at any cost, so the corporation has started the process for pilot recruitment,” Koirala added.

Currently, NAC has 14 aircraft, most of which have remained useless in lack of pilots for long time. According to the corporation, total 16 pilots are needed to operate the three 17-seated twin-otter aircraft of Y12E series for remote areas, while there are only 12 pilots at the moment.

Among the four captains with the corporation, Captain Uddhav Ghimire is abroad for training, while Nripendra Bhattarai and Sanjaya Bade Shrestha are on sick leave. The fourth captain Ang Nuri Sherpa cannot fly aircraft as his Pilot Proficiency Check (PPC) certificate has expired.

Meanwhile, two twin-otter aircraft are under maintenance. Similarly, for trunk routes, NAC is operating two 45-seated MA60 series aircraft that require 12 pilots. NAC has only seven pilots on its roll for these planes. One aircraft of MA60 series is grounded currently.

Likewise, NAC is currently operating two wide-body Airbus, two narrow-body Airbus, and one Boeing aircraft. While 42 pilots are required to operate the two wide-body aircraft in full fledge, it has only 20 pilots. Of them 11 are foreign pilots. Likewise, the narrow-body planes require 38 pilots, but there are only 35 with NAC. In the meantime, the Boeing B757-200 series aircraft requires 19 pilots, but there are only eight pilots at the moment.

“We have been making efforts to bring all aircraft into operation. But we lack pilots to operate all of them,” said Madan Kharel, executive director of NAC. Aiming to operate all aircraft in near future, NAC has started recruiting pilots, he added. “We are trying to replace all foreign pilots,” Kharel said, “Our first priority is Nepali pilots, as it is expensive for us to hire foreigners.”

PAC for action against current and ex-ministers, clean chit for Rai

KATHMANDU, Jan 8: Parliament's Public Accounts Committee (PAC) on Monday endorsed with some corrections the report of the subcommittee is formed... Read More...