My way on the highway 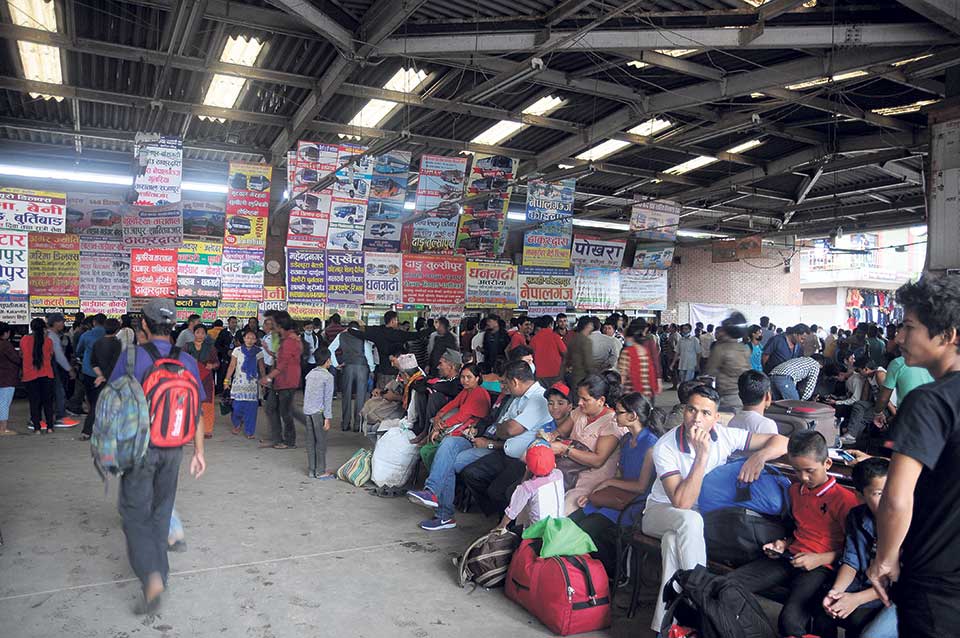 How can you tell when it’s Dashain in Kathmandu? When there are no people around and it resembles a ghost town. Admittedly this phenomenon has declined over the years due to shorter holidays and the hassle of traveling, but that still doesn’t stop a mass exodus from taking place every year during this festival. This brief seasonal migration from Kathmandu is in danger of not happening at all this year, if the tussle between the government and transport ‘entrepreneurs’ is not resolved in the near future.

It probably is too early to be writing about Dashain but for a lot of folks the journey home often begins one month early with the opening of advance ticket bookings for their destinations.  For a good many of them, it is an arduous journey to their homes and back and these advance bookings are a way to guarantee peace of mind and to avoid getting swindled at the last minute. In fact, if there’s any logic or semblance of order to Nepal’s chaotic travel and transport ecosystem, it is this annual arrangement between the administration and transport entrepreneurs. The government gets peace and a quiet holiday season and the entrepreneurs get their desired profits. Happiness all around!

This is the sort of situation that exposes our government’s myopic way of functioning. While simply freezing the bank accounts of the entrepreneurs was a good short-term action and worked to bring them under some degree of control, there was a lack of planning in terms of looking ahead. But this is not something that is particular to the Oli government – just our administrative approach in a nutshell. We are guilty of not exploring long-term alternatives to any problems and are content to give ourselves a pat on the back far too readily. For us, a job almost done is – to use legal parlance – deemed to be done.

So this problem has once again reared its ugly head and we’re almost back to square one in terms of dealing with these syndicates. Basically, the only thing that has changed from May (when the government launched its crackdown) is that these committees have now registered as companies. A lack of planning also means that the government really doesn’t have a ‘my way or the highway’ option because our travel and transport network is so reliant on these private players that it’s near impossible for common people to travel without their network of vehicles. I was in Eastern Nepal when the syndicate crackdown was taking place and, on the day they called the general strike in protest, I don’t recall seeing too many public vehicles on the roads. Even the driver who took us from Dhankuta to Ilam (for a substantial amount of money) was – in his own words – crazy to be driving on that day.

The government now finds itself drawn to the negotiating table because not doing anything is not really an option as Dashain travel chaos is likely to breed widespread discontent. And the entrepreneurs don’t seem to be budging from the issue of unfreezing their bank accounts because this may potentially be their only chance and they will want to strike while the iron’s hot.

But in the midst of all this speculation of a chaotic Dashain, what should comforts us is the fact that in our country no solution in unacceptable as long as it’s labeled as being ‘for the good of the general public’. In all likelihood, what both these parties will do in the near future is come up with measures and concessions that enable them both to save face – what we in colloquial Nepal would call a ‘safe landing’.  With the elected leaders of the transport sector being particularly malleable to ‘give and take’ negotiations, there is a probably a lot of wheeling and dealing still to be done under this pretext by both parties.

At the end of the day, the government will say it was compelled to negotiate for the welfare of the people and a smoother holiday season and the transport entrepreneurs will come out with a statement saying that they back tracked on their demands for the good of the common people. After all, it’s Dashain! It will be win-win for everyone. Except, of course, the common folks. As always. 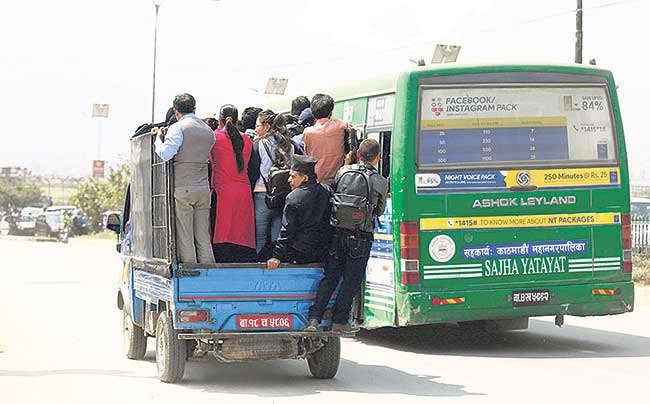 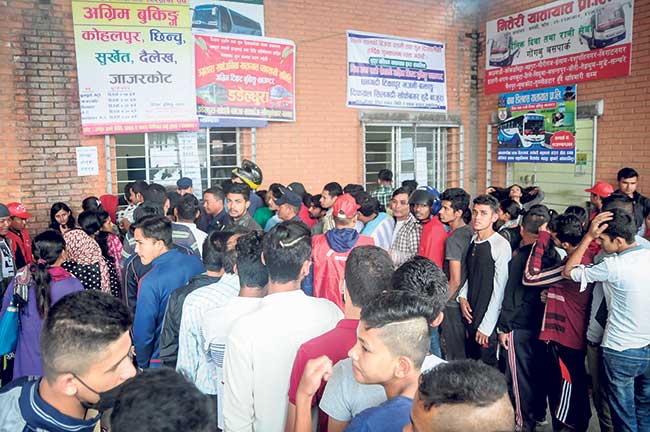 The Kathmandu Valley has turned out to be quiet and secluded after tens of thousands of people headed for their... Read More...

Why was the University Bill introduced, leaving aside the Education Bill?
19 hours ago
Ruling coalition in Jeopardy
12 minutes ago