My visit to Nepal not aimed at exerting pressure on political leadership to endorse MCC agreement: Vice President Sumar 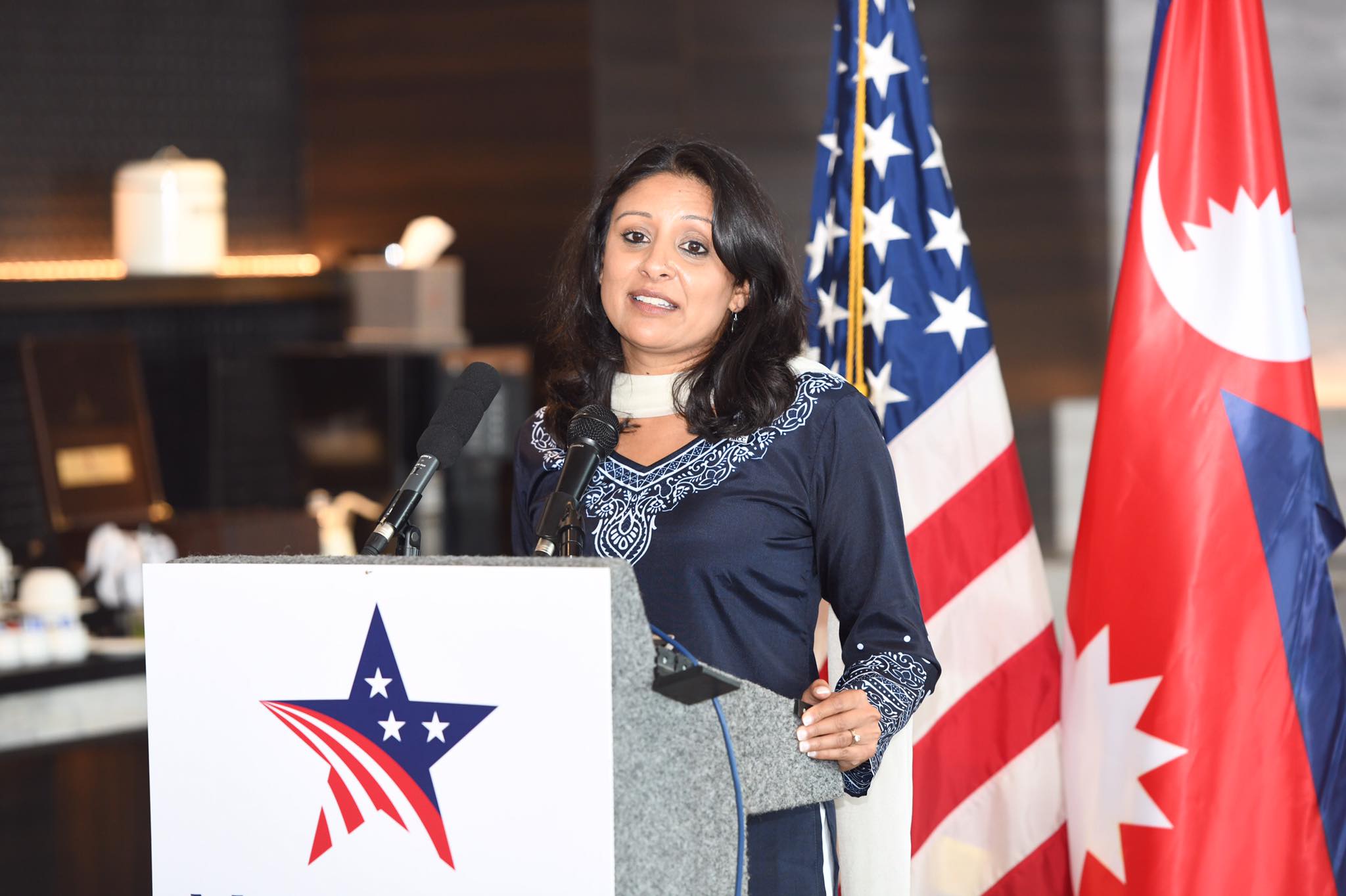 KATHMANDU, September 12: The visiting Vice President of Millennium Challenge Corporation(MCC) Fatema Sumar has clarified that she was not in Kathmandu to exert pressure on the government to endorse the MCC compact agreement through parliament, but take opportunity to clarify Nepal's political as well as other actors that there are no strings attached to the MCC Compact Agreement.

Addressing a press conference in the capital before wrapping up her four-day visit to Nepal on Sunday afternoon, Vice President Sumar said the implementation of the MCC Compact Agreement can move forward only at the will of Nepal government as the parliamentary endorsement of the agreement is a must. She also said that it was already late to implement the agreement as it has already been four years since Nepal and the US signed the agreement to expedite projects under the MCC grant.

"I am not here to exert pressure on the government to implement the MCC projects. We work only at the will of the Nepal government. This is an agreement reached between the two countries. This cannot be implemented unless the agreement is endorsed by the parliament," she said.

Stating that she reminded all political as well as other actors in Nepal about the urgency to endorse the agreement through parliament and implement the projects, Vice President Sumar said that the agreement that has no strings attached is in the interests of Nepal and Nepali people. "I am optimistic that the political leaders of Nepal understood the urgency of the [implementation of] the agreement," she said.

Sumar expressed belief that the $500 million grant agreement would be endorsed soon by parliament as all subsequent governments in the past eight years were supportive to the agreementto implement MCC projects in Nepal "This is a gift from the American people. There has been certain misinformation and disinformation about the MCC. The MCC grant is not spent for military purposes. Hundred percent of the grant will be spent to improve the electricity system and road project," she added.

KATHMANDU, September 9: The MCC Vice President Fatema Sumar is arriving in Kathmandu today. She will be accompanied by the... Read More...

Party's over, get down to work