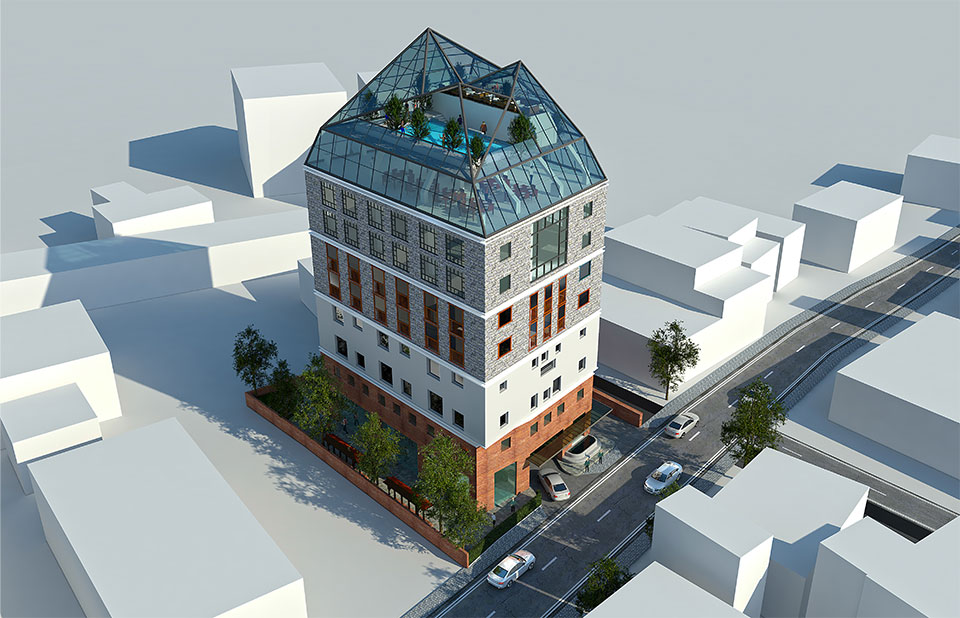 KATHMANDU, Dec 28: Varnabas, a museum hotel reflecting Nepal's cultural and ethnic diversity from three regions – southern plains, hills, and the Himalayas – is being built in Kathmandu. The hotel will consist of floors dedicated to ethnic groups from the three regions, showcasing their unique cultures and lifestyles.

The hotel management said it has trilateral theme: culture, modern facility, and affinity. The construction work had started eight months ago, and is expected to complete in two years. The total investment is Rs 1 billion, and at least 200 people will be employed in the hotel that is being developed by tourism entrepreneur Rajendra Bajgain.

According to Bajgain, the 5-star hotel with 54 keys will consist of a 9-storey building spread over two ropanis of land. Stone taps and traditional resting places will be built in the premises of the hotel. Varnabyanjan restaurant located on the ninth floor will serve local and international cuisines along with typical ethnic varieties, the hotel management said. The hotel will consist of two floors each dedicated to three ethnic groups and the corridors will be decorated with arts and culture found in those regions. The hotel will also have a rooftop swimming pool.

"Men and women clad in Newar, Tharu, Gurung, and Sherpa attires will welcome the guests. We will build a room with temperature less than minus 20 degree Celsius to give the guests an experience of being in the Himalayas,” said Bajgain. "We will celebrate festivals after preparing an annual calendar of our own. We will show our guests the celebration of Bisket Jatra of Bhaktapur, Tiji Mela of Lo Manthang, and Bhoto Jatra of Patan. We will also promote our hotel as a wedding destination for foreigners.”

What happens when a German butcher opens a hotel? A vegetarian’s Wurst nightmare. There are pictures of sausages on the... Read More...

KATHMANDU, Sept 24: Radisson Hotel Kathmandu has launched the 'Dashain Aayo' event from Thursday at the Hotel’s The Fun Café. The... Read More...

One found dead in mysterious condition in hotel room

KHAJURA (Banke), Sept 2: A man was found dead in mysterious condition in Hotel Poplife in Kohalpur of Banke. ... Read More...

NOC is still at a Rs 50 billion loss.  Who is then making the profit from higher prices of petroleum products?
49 minutes ago