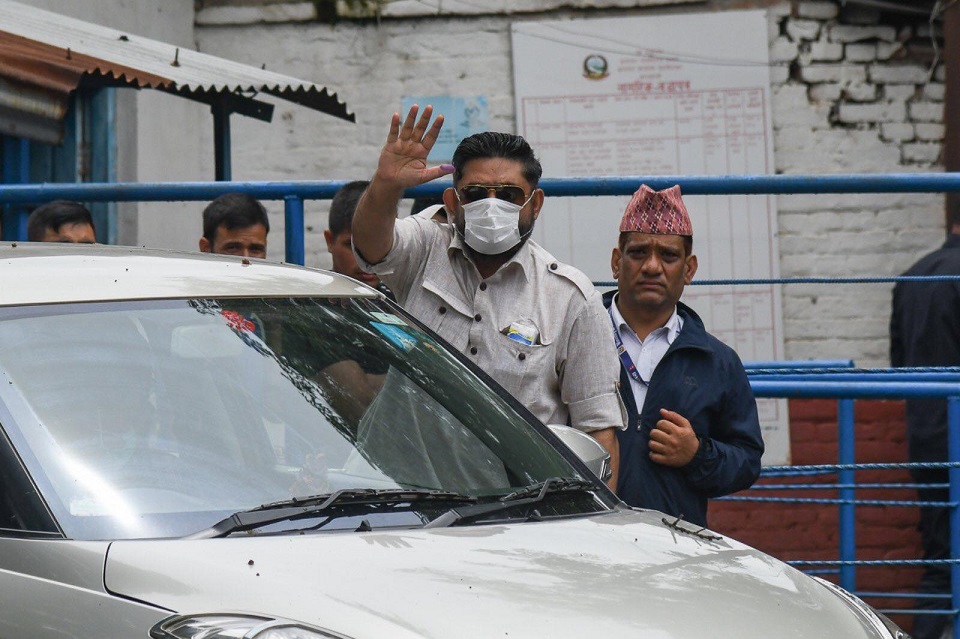 KATHMANDU, July 23: Former Deputy Inspector General of Armed Police Force, Ranjan Koirala, who was serving a jail term on the charge of killing his own wife, was released from the Dillibazar jail on Thursday.

The former top officer of APF was freed from the jail following the decision of the Supreme Court on June 29 to reduce his jail term to eight years and six months, waving 11 years of jail term.

The District Court and the High Court had issued a verdict slapping life-imprisonment on Koirala confiscating all his property. The former APF officer had accepted that he had killed his wife Geeta Dhakal by strangling her in January 2012.

Later, locals found the dead body of Geeta. The locals took control of Koirala as he visited the incident scene in Palung twice.

The investigation into the case started only after the parents of Geeta filed a case against Koirala.

Geeta was killed by Koirala in his Posikot residence, Kathmandu and then later the body was taken to Makawanpur and buried near Metrang, Palung. Koirala was caught while returning home after burying the dead body of his wife. On December 26, 2014, the government decided to fire Koirala, disqualifying him to continue with his works in the future.