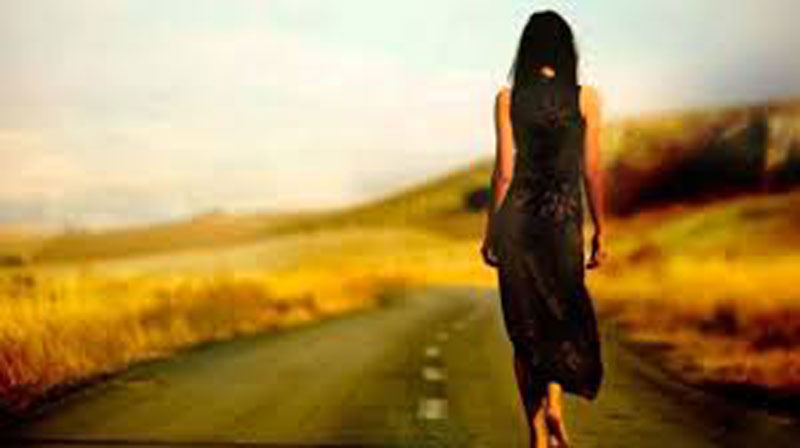 KATHMANDU, April 14: Instead of ranting about how you should move on and sharing tips on it, I’m going to tell you a story.

They only had three months to know each other. She was regarded as the ‘beautiful’ girl of school, the one who was everyone’s admiration. But what happened behind the curtains was a totally different scene.

The girl who always had a bright smile on her face struggled to win against her demons every day, fought the darkness inside her, they had no clue how bruised her heart was and how tired her soul was. She was terrified to let anyone in because she had already faced the consequences of letting someone in.

Her first love and his memories haunted her to this day. Whenever anyone tried to come closer, she shut the door at their astonished faces feeling no remorse. She pledged to never leave her heart open to anyone, but here she was making those stupid decisions again although she was sure that this time she would succeed in protecting her heart.

The boy who stayed aloof most of the time was not so when he met her. He noticed everything, every fake smile, reading the sadness in her eyes. She was something he wanted to figure out so bad and she stood like a puzzle for him, with many of its pieces missing and damaged.

During those three months, they went on dates, laughed and smiled until their cheeks hurt. She told him about her past, her scars, and her bruised heart. He always wore a pained expression at her wayward behavior.

Not once did she cry and he admired her about that. The three months went by so fast. He was completely mesmerized by her. She was also falling for his goofiness and his caring heart. They were both walking on an unsteady platform knowing that the platform would soon vanish into thin air at the blink of their eyes.

But in the end, it wasn’t the platform that had vanished, it was her. She vanished without a trace, and he was left in the unsteady platform all by himself. He searched aimlessly for her. His chest squeezed so painfully whenever he glanced at their pictures and everything reminded him of her. He was so tired but he didn’t stop. She had warned him to not look for her because he would never find her. But he made all his efforts and succumbed to his desires and curiosity.

Several years later, she was walking towards the fair where they had once spent time laughing. Her heart ached when all those memories flooded her mind. She shook her head and taking a deep breath walked forward. She rubbed her eyes and stared at the silhouette that was walking towards her. It was him, the boy she tried to forget. He seemed happy and content. A faint smile crossed her lips as a beautiful girl with a child approached him. They hugged and smiled at each other. She walked past him and shared a solemn smile with her lover.

Moving on, contrary to popular belief, isn’t about forgetting the memories that you once treasured so much. Moving on is actually about accepting that things happened the way they did and that you look forward to a hopeful journey further.

The pain will always be there, the stinging sensation will always be present, but you just have to walk learning to cope up with the pains believing that you would be absolutely fine with time, keeping in mind that for a wound to heal properly you will have to stop touching it.

The more certain someone is about covid-19, the less you should trust them In 2019, the medical historian Mark Honigsbaum... Read More...

An agreement has been signed between actor Paul Shah, his manager Kishna Prasad Joshi and filmmaker Arun Pradan to settle... Read More...

The Failed Dalit Struggle
9 hours ago