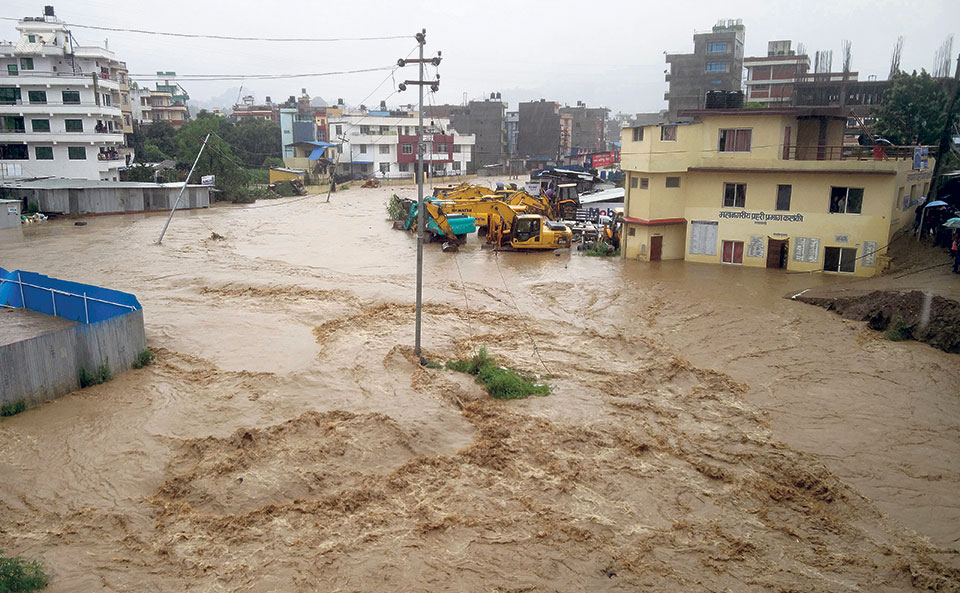 KATHMANDU, July 13: Floods and landslides caused by incessant rains in the past couple of days wreaked havoc across the country, including the Kathmandu Valley on Friday.

Rivers and streams in the Valley such as Bagmati, Bishnumati, Hanumante, Manohara, Balkhu were considerably swollen due to the continuous monsoon rains and entered settlements at various places.

At least four persons died in the Valley including three in a house collapse in Mulpani triggered by the incessant rain since Thursday evening.

Here are a few representative photographs of the monsoon mayhem in the Kathmandu Valley.

Workers clearing the debris after the eastern wall of Singha Durbar in Kathmandu collapsed on Friday. Photo: Dipesh Shrestha/Republica

No respite from floods, landslides

SINDHUPALCHOWK, July 23: Continuous floods in the Bhotekoshi River and land erosions caused by it have already washed away 85... Read More...