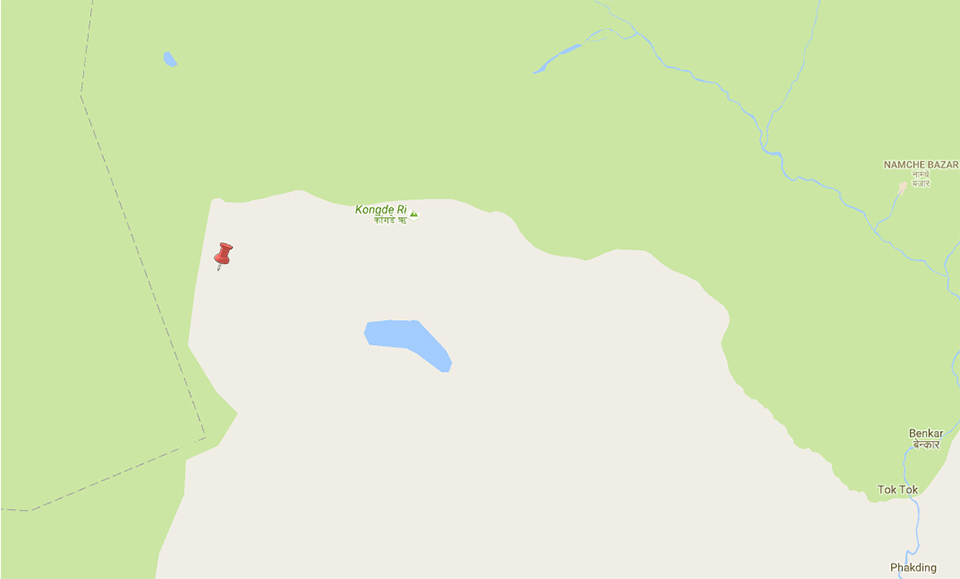 KATHMANDU, Nov 28: A mountaineering guide was killed after being crushed by a rock that came down due to aftershock that struck on Monday morning.

According to Umesh Pandey, Chief District Officer, Solukhumbu district, Lakpa Thimbu Sherpa was killed after a rock falling from above hit him at the base camp of Mt. Amadublam.

A team of mountaineers including Sherpa had headed for the area to scale Mt. Amadublam.  They were at the base camp when the rock fell down.

Similarly, two houses were buried by an aftershock-triggered avalanche in Lukla.

A 5.6-magnitude aftershock rattled eastern and central districts of Nepal including the Kathmandu Valley on early Monday.

According to National Seismological Center, Lainchaur, the tremor was recorded at 5:20 am with its epicenter in between Ramechhap and Solukhumbu.

12 houses burned to ashes, one woman killed in fire

UDAYAPUR, April 8: Twelve houses were gutted in a fire that broke out last night in Nepaltar bazaar of Udayapurgadhi... Read More...

Two killed after being buried in landslide in Achham

ACHHAM, Feb 5: Two persons died on the spot after being buried in a landslide in Achham district on Sunday. Read More...