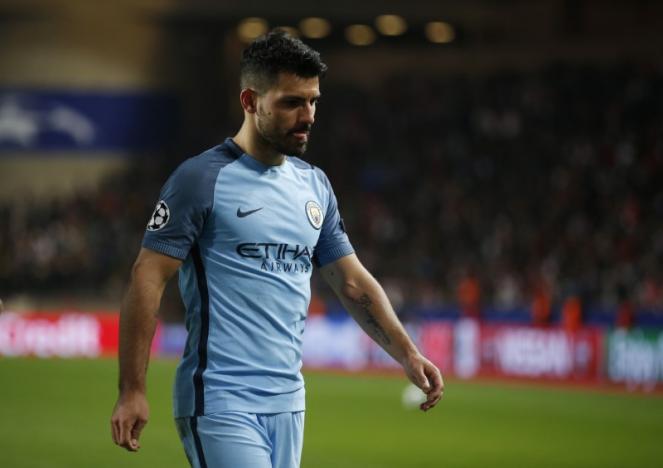 MANCHESTER, March 16: Monaco swept into the Champions League quarter-finals and left Manchester City to pick up the pieces of another failed European campaign after a 3-1 victory on Wednesday sent them through on away goals.

Monaco needed to overturn a two-goal first leg deficit but French prodigy Kylian Mbappe, Fabinho and Tiemoue Bakayoko scored on a memorable European night for the principality club, who underlined their growing status as one of the continent's most exciting sides.

City, who won the first leg 5-3 in Manchester, were completely overwhelmed in the first half and fell two goals behind, but reacted after the break and Leroy Sane reduced the arrears as Monaco seemed to run out of steam.

Bakayoko, however, headed home in the 77th minute to ensure the Ligue 1 club were celebrating at fulltime after the tie finished 6-6 over two enthralling encounters.

"We deserve this. There is a lot of pride," said Bakayoko, whose goal ensured Monaco are the only French side left in the competition after Paris St Germain were knocked out by Barcelona.

It was the first time City boss Pep Guardiola had been eliminated in the competition's last 16, while City became the first team to exit the Champions League after scoring five goals in the first leg.

City, who have consistently been one of Europe's biggest spending clubs, have now failed to get past the last 16 in four of the last five years.

"The second half we had the chances and we didn't take them and that is why we are out. And set-pieces are so important at this level," said Guardiola.

"Barcelona and Real Madrid scored from them last week. We were not there."

Leonardo Jardim's team, who were without the injured Radamel Falcao, started brightly and pressed high as Mbappe's pace forced City to sit deep.

The 18-year-old then opened the scoring, turning in Silva's low cross from the left from close range after eight minutes.

City barely set foot in Monaco's half and in the 29th minute, Fabinho fired home from Benjamin Mendy's inch-perfect centre.

City were looking to hit Monaco on the break, but the hosts managed to keep wingers Sane and Raheem Sterling in their own half.

The visitors, who failed to have a shot in the first half, gained some control early in the second as they played higher up the pitch and pegged their opponents back.

Andrea Raggi made a crucial interception to deny Sergio Aguero, who had been teed up by Sterling, and keeper Danijel Subasic then produced a superb save to deny the Argentine striker in a one-on-one.

Monaco were suffering before City reduced the arrears in the 71st minute when Sterling's shot was parried by Subasic into the path of Sane, who fired into the roof of the net.

That put City in front on aggregate, but Monaco, who eliminated Manchester United in the quarter-finals in 1998 and Chelsea in the semis in 2004, turned the tie back in their favour when Bakayoko headed home from a Thomas Lemar free kick.

Manchester City came out on top in an epic Champions League battle against Monaco as late goals by John Stones... Read More...