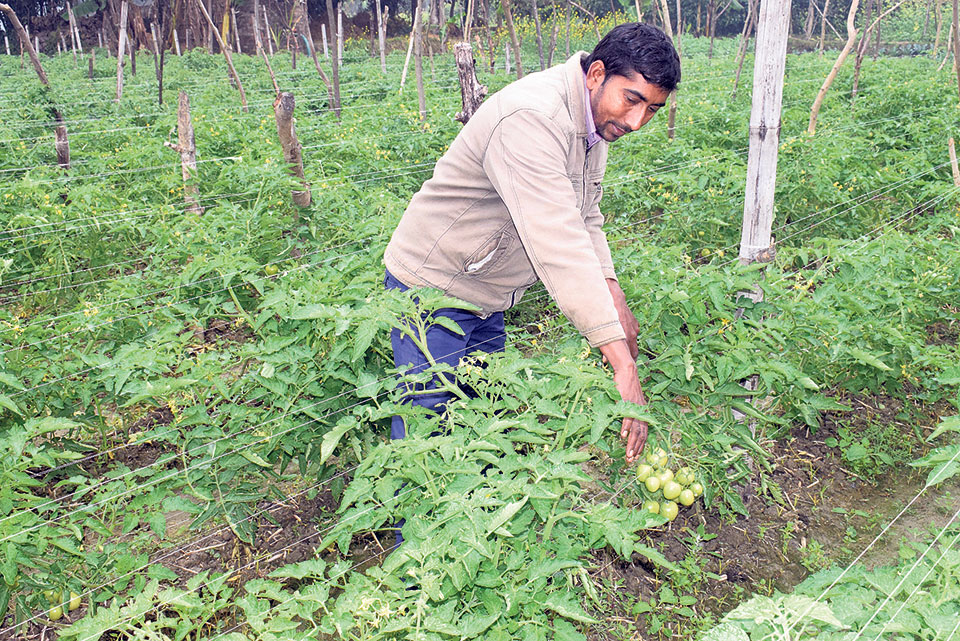 BHAIRAHAWA, Jan 19: The farmers in the Marchwar area, which lies in the south of Rupandehi, are slowly adopting modern technology to boost their income.

Marchwar is composed of three rural municipalities and is also known as the granary of Nepal. The people in this area have long been involved in farming but could not uplift themselves due to the resistance to adopt new and modern technology.

But now the situation has changed, as farmers are willing to adopt modern technology to increase their crop yield and boost their earnings. Farmers are now learning new farming techniques which have helped to focus on cash crops as well.

Sumiran Kewat, a 70-year old farmer of Sammarimai-6, has been doing traditional farming from his childhood. His four sons are also involved in farming but they use new farming techniques and knowledge gained from the government and non-governmental organizations. “We were not aware about  modern techniques earlier, now with the help of various equipment, farming has become easier,” said Kewat, “There is a great difference in farming during our time and now.”

Farmers of Triveni community have also been attracted toward vegetable farming. 50 households of the Kewat community are now involved in vegetable farming utilizing 90 bighas of land. “It is hard for us to sustain with traditional occupation. We need to wait six months to earn money from grains but vegetables can be sold on a daily basis which help us in our expenses and with savings as well,” said Kewat.

The farmers used to produce paddy and wheat but now they are also involved in vegetable farming all year round. They produce green peas, beans, broccoli, tomato, cabbage, bitter gourd and radish.

The District Agriculture Development Office has announced vegetable pocket areas in Triveni and has provided subsidies and technical skills to the farmers. A vegetable collection center was established in 2016 with the investment of Rs 1.41 million.

According to Ram Sewak Kewat, a local farmer of Triveni, the vegetable collection center allowed all farmers to sell vegetables at the same rate which has helped to boost their income. In Shree Samayamai Agriculture Harvest Centre, farmers sell all their vegetables within 9am.

Construction of bridges bring respite to the locals in Province 5

RUPANDEHI, Nov 10: Rupandehi, Kapilbastu and Nawalparasi have given top priority to construction of concrete bridges. The three districts have... Read More...

Property worth Rs 50 m incinerated in industry fire in Rupandehi

TILOTTAMA (Rupandehi), April 27: Fire broke out at two industries in Rupandehi on Thursday, destroying around Rs 50 million worth... Read More...