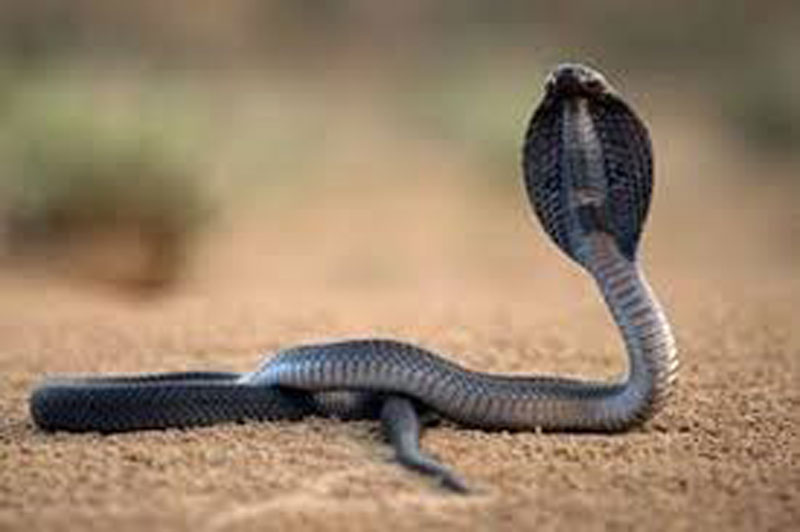 At the onset of summer, snake activity picks up and so do incidents of snake bite. This is also the time of the year when many nonpoisonous snakes become victim of human rage.

Snakes are highly misunderstood and universally disliked creatures. Due to the false belief that all snakes are poisonous, they are killed whenever confronted.

However, all snakes aren’t deadly.

According to a study, out of 89 snake species identified in Nepal, 17 are highly poisonous and dangerous. In Nepal, snakes are distributed from Terai (less than 100m) to hills (up to 4,800m).

Cobra (including king cobra), krait, coral, green and Himalayan pit viper are venomous, whereas python, boas, rat snake, blind snakes, back-fanged snakes (except for Rhadophis spp.) and a few others are nonpoisonous.

Snakes use their venom as a weapon for capturing prey and for defense, and as a digestive aid. It not only immobilizes the prey, but also aids the subsequent digestion of animal tissues. Thus, snake bite is a purely defensive reaction.

Snakes are useful and do silent service to human beings in controlling agricultural pests -- both insects and rodents -- securing harvests and income, limiting the spread of rodent-borne diseases, providing food for some animals while exercising control over others. If snakes weren’t poisonous, they would be highly ignored.

Snakes are regarded sacred by Hindus and Buddhist of Nepal. On an average, 10,000 snake bite cases take place in Nepal annually. Of them, only 10-20 percent is poisonous, records suggest.

Having said that, we cannot ignore snake-bite cases involving venomous species such as krait, cobra and Russel’s viper in Terai and inner Terai that have been a huge matter of concern.

However, it is also a fact that some people lose their lives due to wrong treatment methods.

Although illegal trade in snakes has significantly decreased lately, snake charmers still remain a big threat. Strongly held misconceptions, such as brighter colored and smaller snakes are more poisonous, rat snakes (Dhamin) chase lactating mother to suck their milk, and snakes have gem on their heads, are also threatening their survival.

Habitat destruction, cruel killing due to lack of knowledge and pollution are also contributing to their decline.

No major studies have been carried out on snakes’ distribution, behavior, population structure and identification of key habitats. We still lack population data of Asiatic rock python (Ajingar), the only protected snake of Nepal. Almost none of the venoms have been analyzed scientifically.

Provisions adopted by the Forest and Wildlife Act and existing regulations are not enough to protect the snakes.

An extensive research, awareness on ecological importance they holds, strong legislation and effective conservation plan is mandatory to uncover important information of these undervalued species and for their conservation.

Setting up of a national serpentarium is imperative for biomedical research on snake venom. The country should also ensure easy availability of anti-snake venom syndrome (ASVS). It is crucial to make people aware about the treatment against bite from venomous snakes and make available ASVS for free.

Diwakar is an undergraduate student at Agriculture and Forestry University, Hetauda

In Pictures: Demonstration held in support of Rabi Lamichhane
10 hours ago