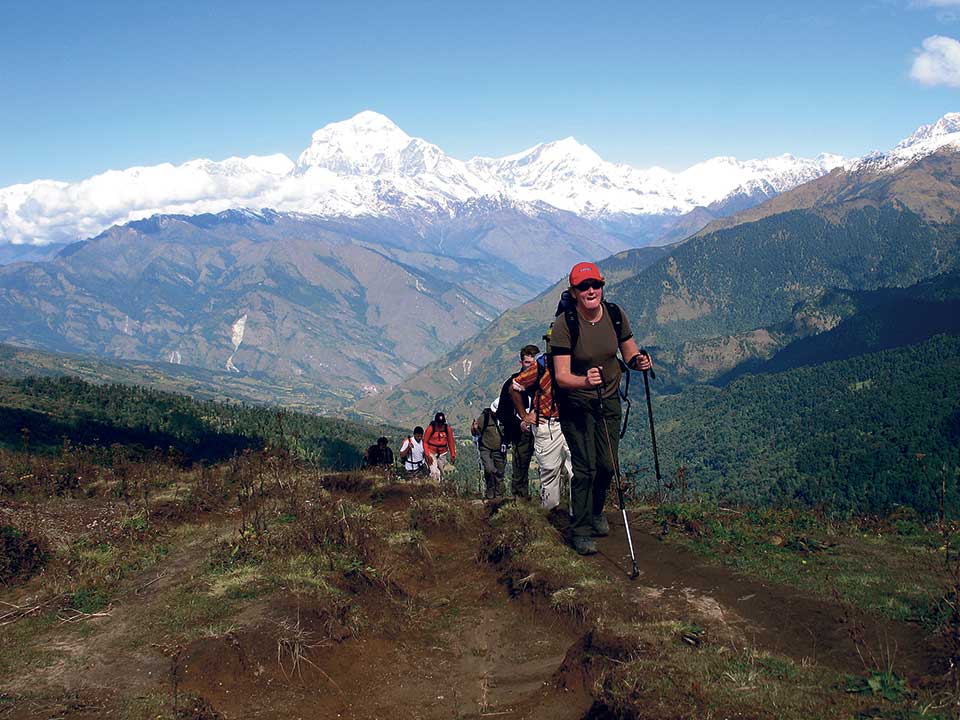 KATHMANDU, Nov 6: Hike in permit and entrance fees by local units, national parks, and conservation area authorities in the middle of the tourist season has left trekking entrepreneurs worried.

According to entrepreneurs, hiking and imposing charges in the middle of the season affects both the trekkers and operators, as most of the trekkers plan their trekking a year before they embark on their journey. They purchase their tour packages way ahead of the travel.

“Such decisions directly affect the industry,” said Jeeban Thapa Magar, first vice-president of Trekking Agencies’ Association of Nepal (TAAN). “They should have informed us a year in advance or as early as possible so that we could properly manage the bookings.”

Permit fees and taxes at every step have made trekking in Nepal troublesome, he added.

It costs at least Rs 2,000 per person for foreign tourists to enter the Shivapuri and Nagarkot area passing through Tokha Municipality, Changunarayan Municipality and Mandan Deupur Rural Municipality. They have to pay permit fees to enter each municipality, entry fees to the buffer zone and national park, apart from the fee for wildlife conservation fund.

“Such unmanaged way to collecting taxes and fees at every step will negatively impact the trekking industry. This might discourage foreign trekkers to come to Nepal,” Magar told Republica.

“We are not against of the government’s source of revenue,” he added. “We just want them to inform us early so that we could manage our bookings.”

Likewise, guides and trekking support staff have to pay entry fee of Rs 25 per person. Camping fees are Rs 100 per person for domestic tourists, Rs 1,000 for SAARC nationals, and Rs 1,500 for tourists from other countries.

Dismissing the entrepreneurs’ concerns, the Department of National Parks and Wildlife Conservation (DNPWC) claimed that the hike in permit fees was long overdue.

“Entrance fees have been the same for the last 15 years. So it was necessary to revise it,” Man Bahadur Khadka, director general of DNPWC, said.

“The government has been increasing investment in conservation areas, but the earning was limited. So it decided to expand sources of income. This can help preserve and improve such destinations,” he argued.
On the other hand, local units have been claiming that the constitution of the country has provided them with a right to expand their sources of revenue for local development.

Meanwhile, through a secretariat-level meeting, the TAAN has asked the government to withdraw hike in permit fees, warning that it would launch protest if the decision is not rolled back.