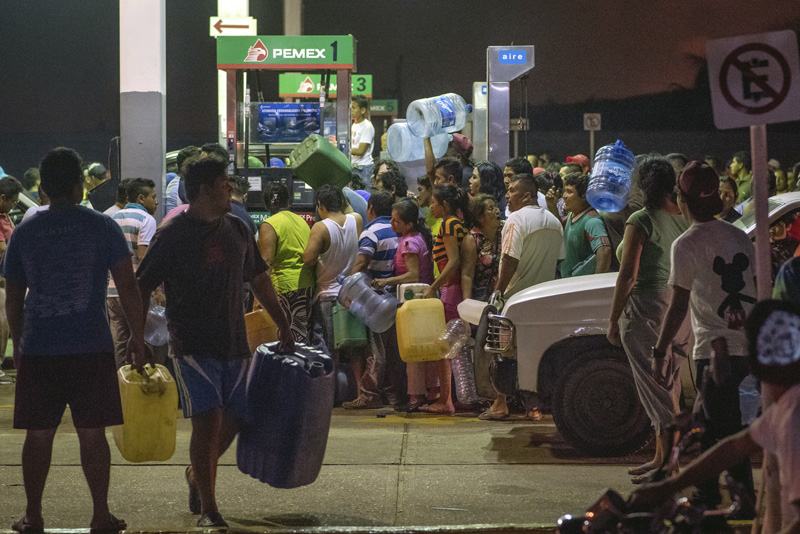 MEXICO CITY, Jan 6: Anger over gasoline prices hikes in Mexico fueled more protests and looting Thursday, and officials said the unrest had resulted in the death of a policeman and a bystander, the ransacking of 300 stores and arrests of over 700 people.

The country's business chambers said the combination of highway, port and terminal blockades and looting this week forced many stores and businesses to close and threatened supplies of basic goods and fuel. The scenes of mass lootings came as parents faced the last shopping day to get presents for their children before the Jan. 6 Epiphany or Three Kings Day holiday.

Mexicans were enraged by the 20 percent fuel price hike announced over the weekend as part of a government deregulation of the energy sector.

While acknowledging the anger, President Enrique Pena Nieto said Thursday he would forge ahead anyway with the deregulated price scheme, which would do away with fuel subsidies and allow gasoline prices to be determined by prevailing international prices.

"I know that allowing gasoline to rise to its international price is a difficult change, but as president, my job is to precisely make difficult decisions now, in order to avoid worse consequences in the future," Pena Nieto said in a televised address. "Keeping gas prices artificially low would mean taking money away from the poorest Mexicans, and giving it to those who have the most."

Pena Nieto said the other big challenge for Mexico in 2017 was to "build a positive relationship with the new U.S. administration," something he said would be done with Mexico's "unbreakable dignity."

While looting calmed somewhat Thursday, protesters blocked highways at about two dozen places. For much of the week, protesters have blockaded gas stations and some people have broken into stores to carry off merchandise.

Authorities said that one policeman was run over and killed and another was seriously injured when they tried to stop robberies at a gas station in Mexico City. Police in the capital said they had arrested 76 people for looting about 29 stores.

In the Gulf coast state of Veracruz, a pickup truck trying to flee police during a store looting ran over a pedestrian, killing him, officials said.

Veracruz Gov. Miguel Angel Yunes Linares ventured out Thursday and tried to persuade a crowd not to attack a grocery store that had already been looted a day earlier. He offered the crowd coupons for 500 pesos ($23.25). Yunes later said that wasn't an incentive to stop looting, but rather offered as assistance to help single mothers buy holiday gifts.

In Mexico State, which borders Mexico City, 529 people had been detained as suspected looters. Four state police officers were fired and detained after they were caught on video taking some looted items and putting them in their patrol vehicles. The state government said the looting had quieted down Thursday. But video of the Wednesday disturbances showed riot-like scenes of people streaming out of stores carrying flat-screen TVs and other items.

Officials claimed many of the lootings incidents were promoted through social media.

With blockades affecting everything from gas distribution terminals, seaports and highways to shopping centers and gas stations, the Communications and Transport Department announced it would cancel permits for any truckers who block roads.

Truck and taxi drivers have been among the most affected by the fuel price increases, which took effect as the government ends regulated prices for gasoline and diesel, which it says represented subsidies that unduly benefited wealthier Mexicans.

The change boosted the average price for a liter of premium gasoline to 17.79 pesos (about 90 cents). That makes 4 liters, or about a gallon, equal to nearly as much as Mexico's just raised minimum wage for a day's work — 80 pesos (about $4).

The Mexican Council of Bishops urged the government to reconsider the price increases, which it said especially hurt the poor.

"One has to be sensitive to the daily needs of the people," the bishops said in a statement. "It is not right to impose laws without taking into account peoples' realities and their feelings."

But the bishops also called on protesters to stop looting and "use peaceful and creative means to express their feelings."

The National Association of Self-Service and Department Stores of Mexico said in a statement Wednesday night that more than 79 stores had been looted and 170 were closed or blockaded in central Mexico, including the capital.

In the city of Veracruz, 50 establishments including convenience stores, supermarkets and big-box outlets suffered looting, according to a preliminary count by the local chamber of commerce Wednesday. 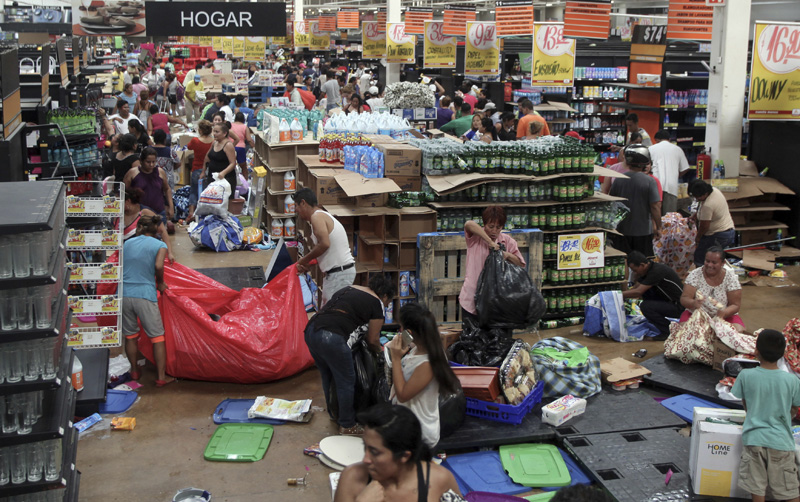 MOSCOW, May 6: Russians angered by the impending inauguration of Vladimir Putin to a new term as president protested Saturday in... Read More...