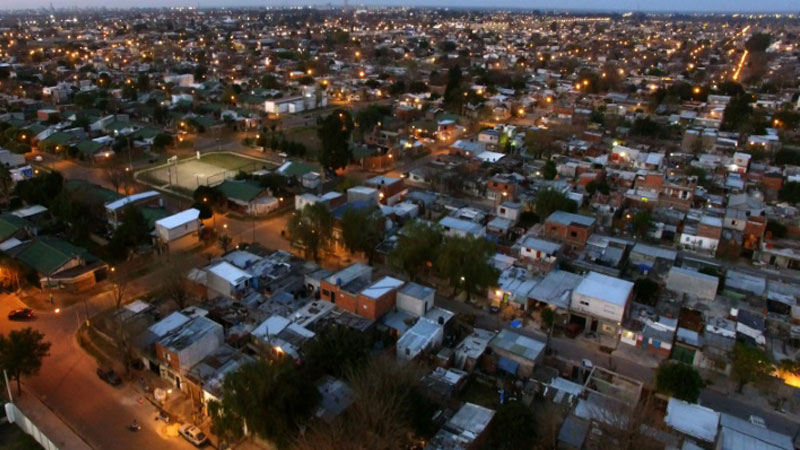 ROSARIO, June 25: Security is at the top of everyone's minds in Rosario, Argentina these days.

On Friday, Football superstar Lionel Messi will be married there to Antonella Roccuzzo at a lavish celebration bringing together some of the world's best-paid football players, just up the street from one of the city's poorest and most dangerous neighborhoods.

Some 21 members of the hugely popular FC Barcelona team, including Luis Suarez and Neymar, as well as stars like Gerard Pique -- accompanied by partner Shakira, perhaps more popular than the Catalan defender himself -- will be flying into this port city 180 miles (300 kilometers) north of Buenos Aires.

The luxurious City Center casino-hotel complex, where guests will stay and the ceremony is expected to take place, borders a poor neighborhood known as the birthplace of the bloody drug gang Los Monos.

"Messi's marriage -- like the casino's presence in the neighborhood -- is a metaphor for inequality," provincial official Carlos Del Frade, author of several books on Rosario's exploding drug trade, told AFP.

A mere 400 yards (meters) from the bright lights and neon of City Center, two people on a motorcycle opened fire June 17 on four women belonging to Los Monos. The attack claimed the life of Petrona Cantero, 56, the sister of Ariel Cantero, the historic leader of Los Monos, who is now serving a prison sentence.

Drug gang-linked violence has claimed more than 1,000 lives in the past five years in this gritty port city, Del Frade said.

Last year, the homicide rate in Rosario was double the national average of seven per 100,000 inhabitants, according to a report from the Ministry of Security of Santa Fe province, which includes Rosario.

In the Las Flores neighborhood, just behind the City Center complex, Los Monos holds virtually total power, according to Del Frade, who said the gang amounts to the "de facto government" there.

Messi's father, a metalworker here in the 1990s, emigrated with his family to Barcelona in 2000, amid the grave economic crisis then facing Argentina.

Today, the government in Rosario says it feels confident the safety of the illustrious visitor and his guests can be assured, regardless of the high crime rate.

"Rosario is prepared for the wedding," city administrator Monica Fein told AFP. "Lionel chose to come get married here because it is his hometown and he feels comfortable here and we will do everything in our power to make it so."

For now, the details of the planned security operation remain closely guarded.

Last week, local officials met with representatives of the Messi family, but no information leaked out, including on the location of the meeting itself, which was changed at the last moment to keep journalists away.

Gustavo Leone, a Rosario official, explained that this was "a private event."

He added that if some guests want to visit Messi's city a private tour will be arranged, but only under conditions of strict security and confidentiality.

'I just can't believe it'
Some local residents, people who know every twist and turn in the city's streets, cannot understand the decision by the football star -- who made some 70 million euros last season, according to the Eurosport sports network -- to hold his wedding celebration in such an unsafe area.

"The truth is, I'm surprised they're doing it here, considering that Messi is one of the best-paid players in the world. I just can't believe it," Micaela Llane, a 24-year-old secretary here, told AFP.

Locals have been following the preparations as if they were all expecting to be invited, so they know all about last-minute changes to the plans.

"The other hotel (the five-star Puerto Norte, where the celebration was to have been held) is in a much prettier area," said Ariel Vallejo, who works for a private security firm.

And everyone dreams of showing off the best parts of the city where the football superstar -- five-time winner of the prestigious Ballon d'Or award -- was born.