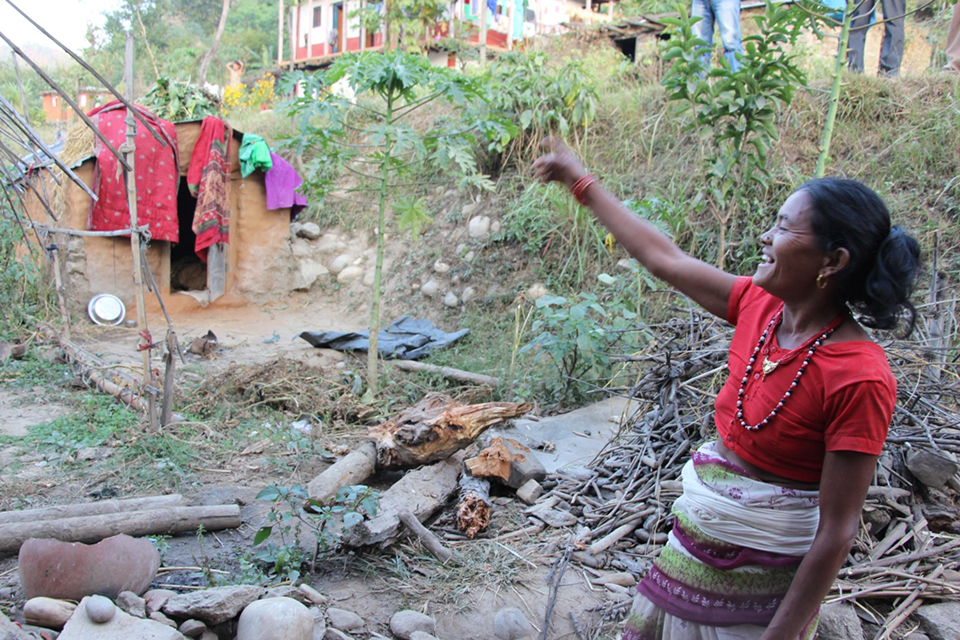 Despite NGOs' efforts, chhau culture continues to get strong

DAILEKH, Sept 11: Nain Bahadur Shahi of Aathbis Municipality has observed it very well. It has been over a decade since NGOs have been running programs and campaigns in the villages of Dailkeh district aimed at dismantling Chhau Goths (menstruation sheds). In the course of seminars and meetings, local women also join hands to destroy the sheds. However, little has changed in the district, in terms of the Chhau culture.

"It came like a whim. Even local women rolled their sleeves up, participated in chhau goth destruction. However, I can see, nothing has changed over the years. Or the change is so little that it is not significant," he said. "Change has to come from within, not from outside," Shahi added.

Some of the wards of the municipality are 'Chhau free'. The local administration, in collaboration with NGOs, declared those wards free of chhau culture. However, now, it is apparent that it is not true. According to Shahi, chhau sheds are actually growing in number. Those who had earlier destroyed the sheds have started rebuilding them.

"The root cause is the blind faith. Others came and made some noise, people got influenced. But when the noise was gone, they are once again gripped by the same faith and unable to do away with the Chhau culture," he noted.

Like what Shahi remarked, newly erected Chhau sheds are common in the municipality. During menstruation, it is awkward to let the lady mingle with other family members. Both elders and young ones in the households admit to this.

"Even if you want to break the culture, they won't let you do that," said a 15-year-old girl from Khadkagaden village. "They all are at one side and you at the other. If you rebel, you are grilled. You cannot live peacefully," she added.

Also according to Jamuna BK from the same village, she cannot go against family and social values. It is very costly.

"Sometimes, I feel that it is not a good idea to live in isolation during menstruation. But, at other times, I am confused. Moreover, my mother-in-law does not allow me in when I am having periods," she said.

BK stated that she is afraid of snakes and other wild animals while staying in the Chhau goth. But there is no choice.

"When the whole society is practicing one thing, you cannot challenge it. Many of those who earlier did away with Chhau sheds are again building them," she reported.

There is a Dalit settlement in the village that has around 100 households. And all of them have Chhau sheds, according to Dayaram BK, a social activist.

"You will find that those sheds are worse than toilets. Yet, women and girls are made to stay in there," he remarked. "If you argue, they talk about deity and religion and then nothing can be done. Those meetings, seminars, programs actually brought no change. Chhau sheds have made a comeback," he added.

Women no more banished to menstruation sheds in Hima

JUMLA, June 25: Unlike in the past, Siddha Shahi of Hima Rural Municipality sleeps at her own home even during her... Read More...

Time to think out of the box

If we had tackled this problem from women’s health perspectives rather than cultural taboos, perhaps the woman who died in Chhaupadi... Read More...