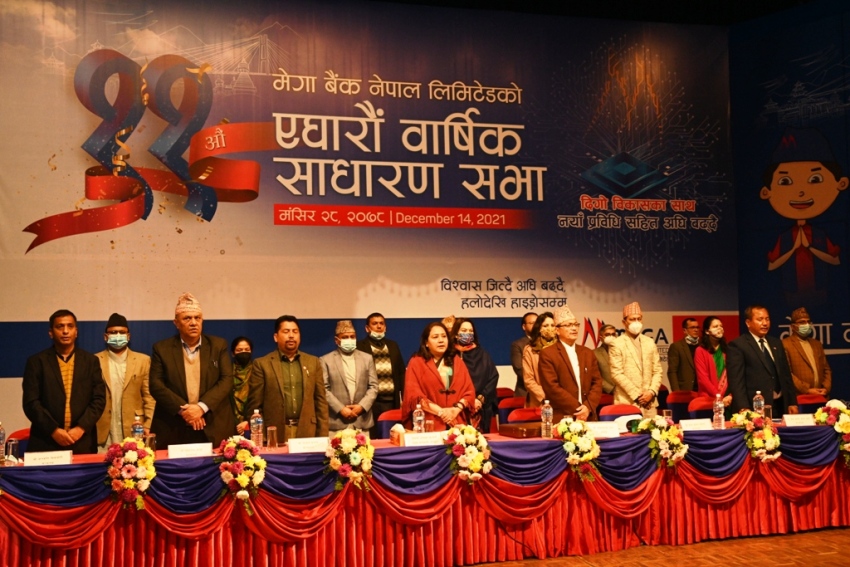 Mega Bank through its 11th annual general meeting (AGM) held on Tuesday endorsed the dividend amounts for its shareholders. Of the amount, the bank will distribute 10 percent bonus shares worth Rs 1.46 billion and 2.07 percent cash dividend amounting Rs 303.35 million.

Speaking at the AGM, Mega Bank’s Chairman Bhoj Bahadur Shah said they have targeted to expand the bank’s investment in productive sectors and mega projects in five years’ plan. According to him, the bank filed taxes of more than Rs 1 billion in the last fiscal year.

As of mid-October this year, Mega Bank has collected deposits of Rs 148.28 billion and issued loans of Rs 144.50 billion. During the first three months of the current fiscal year, it earned a net profit of Rs 914.70 million.

Mega Bank to approve 7.85% dividend for its shareholders