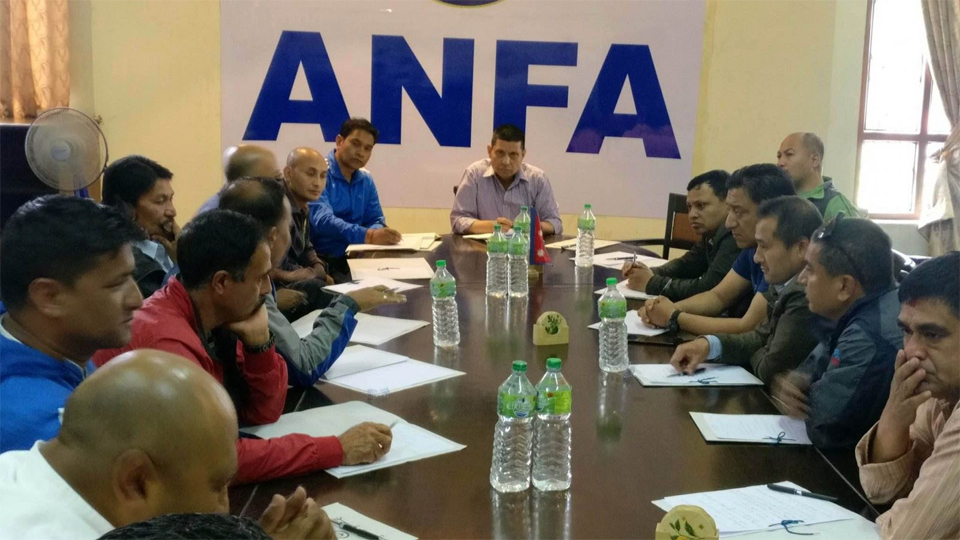 KATHMANDU, May 16: After several rounds of meetings with the participating clubs of the 'A' Division, All Nepal Football (ANFA) has slated the Martyr's Memorial A-Division League for September 29 to January 30.

Several rounds of discussion with representatives of fourteen A-Division Club and the league committees formed in the coordination with formercaptain of the National Team and former AIG Bigyan Raj Sharma announced to organize the League. The meeting held at ANFA Central office, Satdobato on Wednesday slated 'A' Division from September 29, 2018, to January 30, 2019.

Teams from A-Division League must have at least 18 members and maximum up to 35 players. Teams may include maximum four international players in a squad. However, only three players will be allowed to play at a time during a match. The registration of players will start on August 31.

Yet the stadium has not been mentioned for the league tournament.