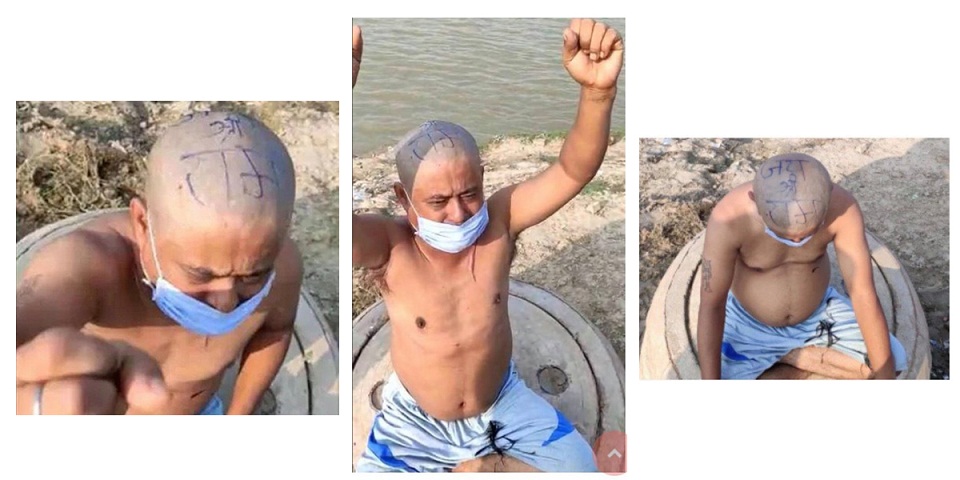 KATHMANDU, July 19: Varanasi Police has claimed that the man who was tonsured and made to chant anti-Nepal slogans in Varanasi on Wednesday is an Indian national. The man was paid 1,000 Indian rupees and forced to act as a Nepali national, Indian media reported quoting Varanasi Police.

The Indian police also claimed that the person hails from Varanasi itself.

The police have intensified the search for the main accused of the incident Arun Pathak, who is also the founder of the organization, following the new development.

Police in India sprang into action after Ambassador of Nepal to India, Nilamber Acharya talked to Uttar Pradesh Chief Minister Yogi Adityanath over the telephone on Friday demanding action against those involved in the incident.

KATHMANDU, March 22: Police have arrested an Indian national who was trying to smuggle gold by hiding it inside his... Read More...

BHAIRAHAWA, June 18: Police have arrested an Indian national with a pistol and 16 rounds of bullet from Bhairahawa Airport. Read More...