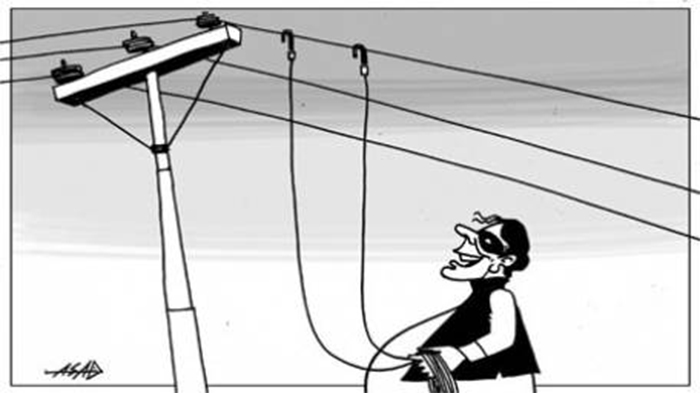 BIRATNAGAR, Dec 13: Police have arrested a man on the charge of selling electricity pilfered through a transmission pole to locals by setting up  sub-meter boxes.

The electricity stolen from the transmission pole was found to have been sold to the other consumers through sub-meter boxes.

Nepal Electricity Authority, Dubahi, on Saturday deployed a team in a bid to curb the electricity pilferage. The team caught a man on the charge of pilfering the electricity who admitted to have sold some of the stolen power to the other customers by setting up sub-meter boxes.

“The stolen electricity is found to have sold to the other people by setting up sub-meter boxes,” NEA, Dubahi Chief Amod Yadav said, adding, “We have taken his motorcycle under control after there was nobody in his house.

The NEA has said that the pilfered electricity was sold for Rs 10 to 12 per unit.

However, the NEA, Dubahi has not disclosed his name.

“We will charge him the bill incurred for the pilferage of the electricity,” said Yadav. "We have initiated the action."

The NEA has launched a nationwide crackdown on the electricity pilferage to bring down load-shedding hours.

Man held for selling women including wife to Indian brothel

CHARIKOT, August 28: A man has been arrested on charge of his involvement in the trafficking of his spouse and another... Read More...

CHICAGO, July 2: The 28-year-old Illinois man charged with kidnapping a Chinese scholar now believed to be dead was among a... Read More...

KATHMANDU, Sept 2: Police on Thursday arrested a man on the charge of selling a stolen motorcycle. ... Read More...