KATHMANDU, April 26: A rescue helicopter plucked a Malaysian climber from Mount Annapurna in west Nepal on Friday, where he was stranded for two days after climbing the world’s tenth highest mountain this week, officials said.

Wui Kin Chin, 48, an anesthesiologist, reached the top of the 8,091 meter (26,545 feet) mountain along with 31 other international climbers on Tuesday but then failed to descend to a lower camp.

A helicopter pilot spotted him on Thursday waving his hands from an altitude of about 7,500 meters (24,606 feet). Four sherpa rescuers climbed to the site and brought him down to a lower camp from where he was picked up by a longline rescue helicopter.

Mingma Sherpa of Seven Summit Treks, that provided local support to the climber, said the distressed mountaineer was flown to a hospital in Kathmandu on Friday.

“He is conscious but critical,” Mingma, who goes by his first name, told Reuters without giving details of how the climber survived on the mountain for two nights before the rescuers reached him.

Rescuers said bad weather and getting clearance from an insurance company caused delay in the rescue.

Hiking officials say fickle weather and frequent avalanches make Mount Annapurna a dangerous and more difficult to climb mountain than Mount Everest. Dozens of climbers have died on the mountain since it was first summited in 1950.

Hundreds of foreign climbers are on different Himalayan peaks in Nepal during the current climbing season which ends in May.

Mountain climbing is a key source of employment and income for the cash strapped nation, home to eight of the world’s 14 highest peaks, including Mount Everest. 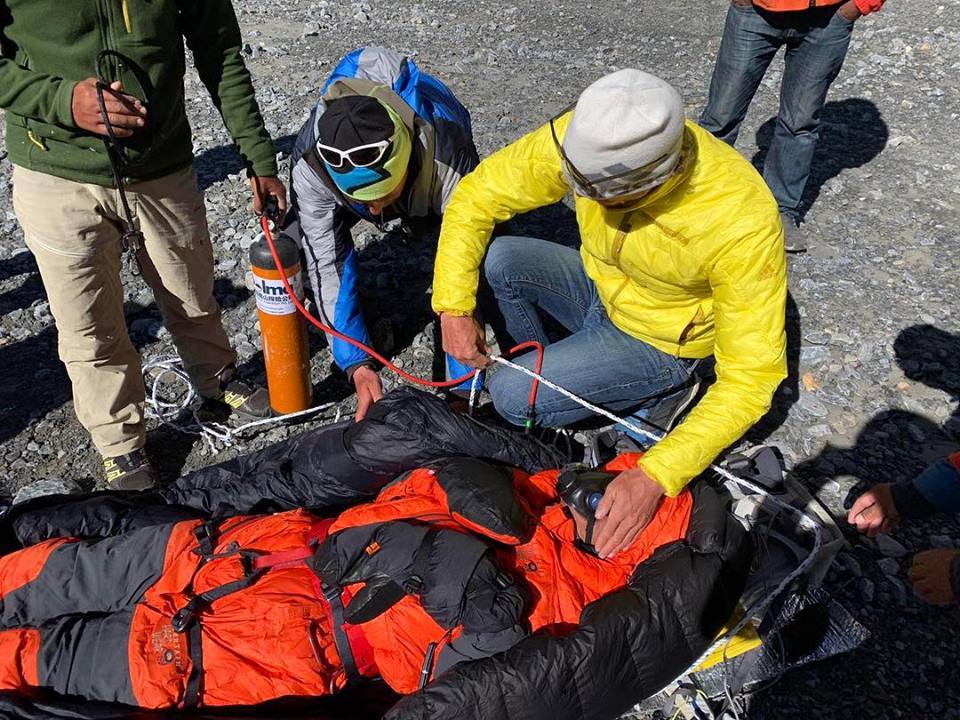 Northern base camp of Annapurna to be promoted

MYAGDI, Dec 23: Annapurna Rural Municipality of Myagdi is taking initiatives for promoting of a trekking trail to the northern... Read More...

Malaysian stuck at 7,500 m on Annapurna-1 rescued after 3 days

POKHARA, April 26: Wui Kin Chin, a Malaysian climber, who was stuck on Mt Annapurna 1 for the last three... Read More...

Malaysian stuck at 7,500 m on Annapurna-1 rescued after 3 days
3 years ago