Making it big on the EDM scene


20-year-old Arpana Tamang who has been a DJ for just four years now is perhaps one of the biggest names in the music industry, playing at major national and international venues and festivals.

Tamang realized she wanted to become a DJ when she was first introduced to the concept and has, since then, been steadily working her way up. The Week’s Anweiti Upadhyay caught up with Tamang to talk about her journey so far and how she is planning on making it to the very top.

What prompted you to become a DJ?
I have always been interested in music. Even as a child I loved listening to songs and their rhythm and beat always intrigued me. It wasn’t until I was in the seventh grade that I came upon the term DJ. This line of work fascinated me. I watched a lot of videos on it and learned as much about it as I could on the Internet and, by the time I was in my mid teens, I was sure this was what I wanted to do in life. I took up classes that covered the basics of DJing from the only instructor on the subject in Chitwan (my hometown) at the time and started on my own then onwards. I did not reach where I am overnight. I had a humble beginning and I worked my way up. I’m still working quite hard and I intend to keep at it.

Considering that DJing is an unconventional line of work in our country, how did those close to you take to your decision of making a career out of it, that too when you were in your teens?
I consider and prioritize my family’s opinions above everybody else’s. And luckily for me, they have always been extremely supportive of anything I have chosen to do. They braced my decision for taking some time off studying after high school to pursue my career. Even in the starting phase of my career, when the only gigs I could snag were pool parties and dance parties, my parents always showed their support in some way or the other. My mom has always been there for me in every phase of my life and I’m grateful beyond words for it. Also, everyone close to me has been pretty encouraging and kind while commenting on my work till date.

Can you name one particular thing about your job that you like or dislike the most?
I love travelling and I can do that a lot because of my work. This might seem like a very basic answer but it’s true nonetheless. Just last month I was in Korea for an event but I mostly get to tour around the country which has made me more appreciative of Nepal’s rich culture, traditional practices, and its natural beauty. It’s a killing two birds with one stone kind of scenario, I get to travel for free and I’m making money along the way.

It’s hard for me to voice out the negative side of my work because I genuinely love what I do. But it has hampered my studies to an extent. I’m a BSC IT second year student and I have missed a fair amount of classes because of all the travelling I do for work. Studying and DJing at the same time can be stressful. Time management in general is difficult and sometimes I have to turn down big events because of some prior engagements and contracts. Something I’m very bummed about right now is an Australian gig I postponed from New Year’s Eve to a couple of months later because of a prior engagement.

You have talked about working your way up. Was there a significant moment when you realized that you have finally made it as a DJ?
No one starts out as an expert on anything and everyone has to work his/her way up. It’s not something new that I have started. My career has been moving forward at a steady pace since the beginning and there haven’t been any huge jumps so it’s kind of tricky to track the growth. But I would say, about a year ago, when I got hired to play at numerous well-known venues in Kathmandu including the Victory Lounge was when I knew I had finally established myself as a good DJ. And the gig in Korea I had last month was pretty exciting because that was my first international show. I have been fortunate enough to avoid many sexist disadvantages women in my profession suffer from.

Taking about sexism, haven’t you faced any in your professional journey?
No one has done or said anything sexist to my face but I know it occurs behind my back. I have heard people call out other women DJs’ success on the way they look and dress which is extremely sexist and I stand up against such bigotry. I have also heard of instances where equally adept female DJs are paid considerably less than their male counterparts. These remarks and actions completely undermine women’s professional skills and just portray them as sexual beings and I hope this situation changes in the future. I have encountered second-hand and indirect misogyny but never outright sexism. 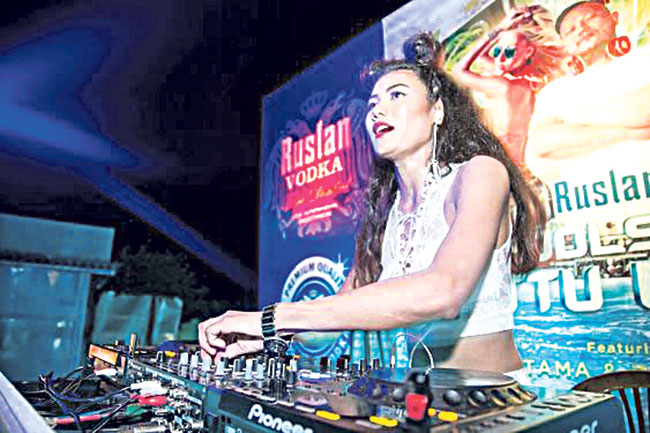 With those alluring eyes, warm smile, and radiant looks, Shilpa Maskey is all set to make her presence felt in... Read More...

Making it to Bhutan

It’s the nation of legendary three-legged dragons, also “the happiest country” in Asia, they say. Bhutan, for many of us,... Read More...