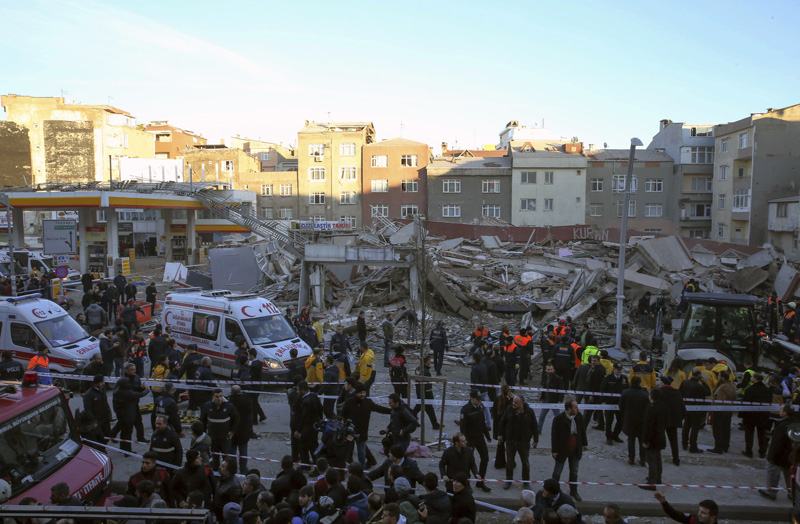 The earthquake struck off the coast of Ayvacik, in Turkey's northwestern Canakkale province at 6:51 (0351 GMT) on Monday, according to the Istanbul-based Kandilli Observatory's seismology center. It was followed by a magnitude 4.9 aftershock.

The state-run Anadolu Agency said some homes in the villages of Tasagil, Tuzla, Yukari, Cam and Gulpinar, near Ayvacik, were damaged or demolished. At least four people were hurt.

Earthquakes are common in Turkey, which sits on top of active fault lines.