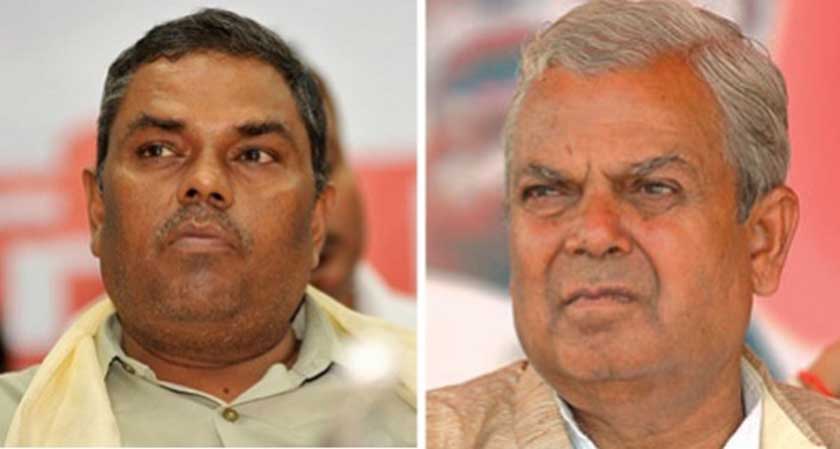 KATHMANDU, April 26: The Federal Socialist Forum Nepal (FSFN) and Rastriya Janata Party Nepal (RJPN) are weighing on other options available to them amid little progress in coalition talks with the government.

A cloud of uncertainty hangs over the two parties' participation in the left government due to Prime Minister KP Sharma Oli's "dramatic shift" in stance over the constitution amendment.

RJPN and FSFN, the fourth and fifth largest parties in the parliament, have made constitution amendment a precondition to join the government. Though Oli was positive to revise the constitution in the beginning, he later declined to give written commitment, leading to an abrupt halt in talks ahead of the final agreement.

"Our last talks ended after preparing a joint draft. They (the left party leaders) had told us that they would call us soon to sign the document. It is yet to happen," said FSFN Chair Upendra Yadav.

This has triggered a discussion within the two Madhes-based parties regarding their future strategies. Madhesi leaders said that the two parties are having discussions over three possible options available to them.

The first option is to join the government accepting PM Oli's terms and conditions.  A section of leaders in both the parties are of the view that their leadership should be ready to drop the agenda of amendment if it ensures chance of joining the government. But many think that such a move would backfire as the parties had won the elections with promise to revise the constitution.

The second option is to sever ties with the government and resume a fresh protest to press the government to amend the constitution. Many leaders who are against joining the government without clear assurance on amendment are calling on the party leadership to withdraw support given to the government and forge an alliance with the Nepali Congress. They argue that such move would help the parties gain popularity among their constituencies.  During a recent meeting with Oli and CPN (Maoist Center) Chairman Pushpa Kamal Dahal, FSFN Chairman Upendra Yadav had threatened to protest if the government continued to show apathy toward the Madhesi parties' demand of amendment, according to FSFN leader Rajendra Shrestha.

RJPN leader Rajendra Mahato said that it is still too early to take a concrete decision.
"There are differing views regarding the government. Our party will soon decide its future course after internal consultation," said Mahato.

Madhesi parties to support Oli during vote of confidence

SIRAHA, Nov 11: Even after the poll alliance between the two major political forces of Madhes--Federal Socialist Forum Nepal (FSFN) and... Read More...

KATHMANDU, May 10: Fringe Madhesi and Janajati parties have accused the governing CPN (Maoist Center) and Nepali Congress of not abiding... Read More...