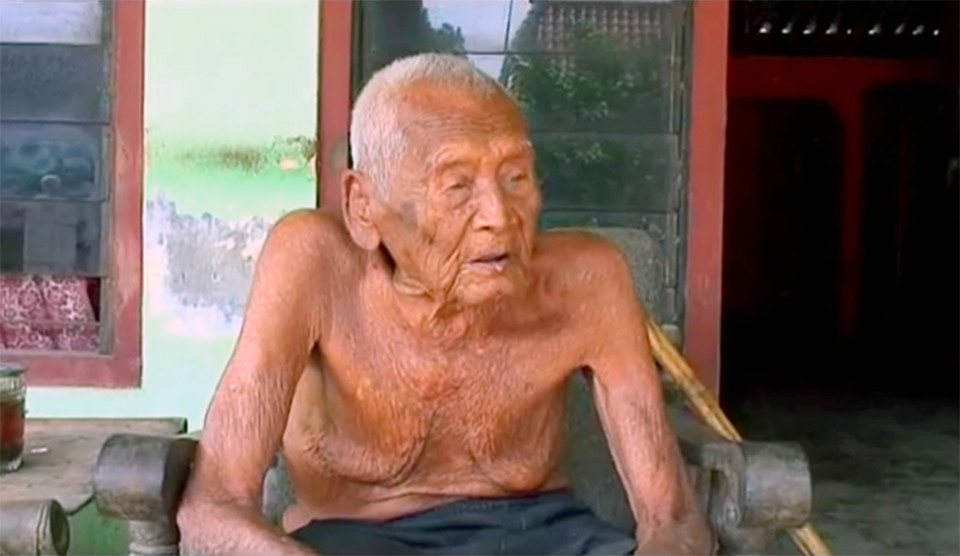 An Indonesian man who has emerged as the world’s oldest at an incredible 145 years has revealed he is ready to die, The Independent reported.

Documents recognized by Indonesian officials show Mbah Gotho is 145 and was born on December 31, 1870. If his documentation is authentic, it would make him the oldest human on earth; a title currently held by French centenarian Jeanne Calment, who was 122 when she died. But if the documents cannot be independently verified, Gotho will not go down in the record books.

During an interview with a regional news network, he revealed that he wants to die. For the past three months, he has needed to be bathed and spoon-fed and is becoming increasingly frail. When asked the secret to a long life, he replied, “The recipe is just patience.” Gotho said he began preparing for his death in 1992, even having a gravestone made, but 24 years later he is still alive. He has now outlived all ten of his siblings, his four wives and his children.

There are a number of people who claim to have broken Jeanne Calment’s record, such as Nigerian James Olofintuyi, who claims to be 171, and Dhaqabo Ebba from Ethiopia, who claims to be 163, but just like Gotho, without verifiable documents they cannot be given her title.

Living in the now

Every day in the evening a group of children come out to play in my colony. They scream, they laugh,... Read More...

KATHMANDU, July 23: The ongoing hunger strike by Dr Govinda KC is set to break the records of his past 14... Read More...

I still prefer being engaged in some productive work instead of spending time lazing about. You will actually find me... Read More...

Differences between the couple after engagement
17 minutes ago