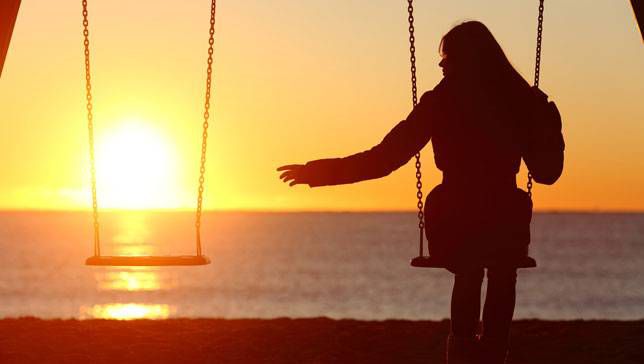 Loneliness is not just a state of mind. It also manifests itself physically and can take a toll on your health. A recent study by The Heart Centre, Copenhagen University Hospital, Denmark, shows that lonely people are twice as likely to die from heart problems. Feeling lonely was also a stronger predictor of poor outcomes from heart problems than living alone, in both men and women.

“Loneliness is more common today than ever before, and more people live alone,” said Anne Vinggaard Christensen of The Heart Centre, Copenhagen University Hospital. “Previous research has shown that loneliness and social isolation are linked with coronary heart disease and stroke, but this has not been investigated in patients with different types of cardiovascular disease.”

Both men and women who felt lonely were three times more likely to report symptoms of anxiety and depression. They also had a lower quality of life than those who did not feel lonely. “Loneliness is a strong predictor of premature death, worse mental health, and lower quality of life in patients with cardiovascular disease, and a much stronger predictor than living alone, in both men and women,” said Vinggaard Christensen.

Vinggaard Christensen noted that people with poor social support may have worse health outcomes, because they have unhealthier lifestyles, are less compliant with treatment, and are more affected by stressful events. “We adjusted for lifestyle behaviours and many other factors in our analysis, and still found that loneliness is bad for health,” she said, adding that we live in a time when loneliness is more present, and health providers should take this into account.

The study was presented at EuroHeartCare 2018, the European Society of Cardiology’s annual nursing congress.

Here are some of the other effects of loneliness:

* A study done by the University of Helsinki shows that feeling lonely contributes less to the risk of cardiovascular disease than recent research suggests, but does raise the odds of dying after a heart attack or stroke. “Social isolation, but not loneliness ... remained as an independent risk factor for mortality,” the researchers concluded.

* People who feel lonely are more prone to report that their cold symptoms are more severethan those who have stronger social bonds, said a study published in the journal Health Psychology.

* According to a study by the Brigham Young University (BYU) in the US, loneliness is as much a threat to longevity and overall health as obesity. Although older people are more likely to be lonely and face a higher mortality risk, the association between loneliness and risk of mortality among the young population is actually greater than among the older population, the researchers noted.

NRNA to provide scholarships to 5,000 students
26 minutes ago

Nobel Prize in Physics awarded to scientists Aspect, Clauser and Zeilinger
56 minutes ago