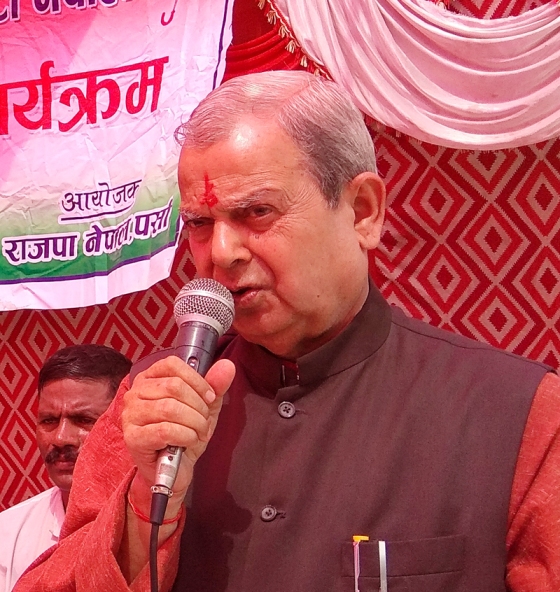 Sources said Prime Minister Deuba has been personally taking initiatives to bring LSP onboard the government. Nepali Congress (NC) considers LSP as one of the closest parties in terms of political ideology and senior NC leaders do not rule out the possibility of forging an alliance with the party in the upcoming election.

Sources said Deuba plans to bring the Mahantha Thakur-led party onboard the government as the CPN-UML is eying to forge an electorate alliance with the party, at least in Madhesh Province. Deuba fears that such development could bring huge losses to the NC in the upcoming polls.

Prime Minister Deuba is currently preparing to reshuffle the Cabinet by inducting new faces. This was revealed by the Chairman of the ruling coalition partner, CPN (Maoist Center) Pushpa Kamal Dahal that some faces in the cabinet will be changed.

Thakur reached Janakpur to address the Provincial Level Orientation Program of the party leaders and cadres. The effort of Prime Minister Deuba to bring the Thakur-led LSP onboard the government comes amid preparations of the NC to forge an electoral alliance “as deemed” necessary in the upcoming local level poll.

DAMAULI, March 22: Senior leader of the Nepali Congress, Ramchandra Poudel has said an electoral alliance could be forged based... Read More...

BIRENDRANAGAR, March 13: Nepali Congress General Secretary Gagan Thapa has said that it is not certain if there will be... Read More...

Decision whether to forge electoral alliance only after first phase of poll campaign: NC VP Khadka

KATHMANDU, March 9: The ruling Nepali Congress(NC) has said that it will make a decision whether to forge electoral alliance... Read More...