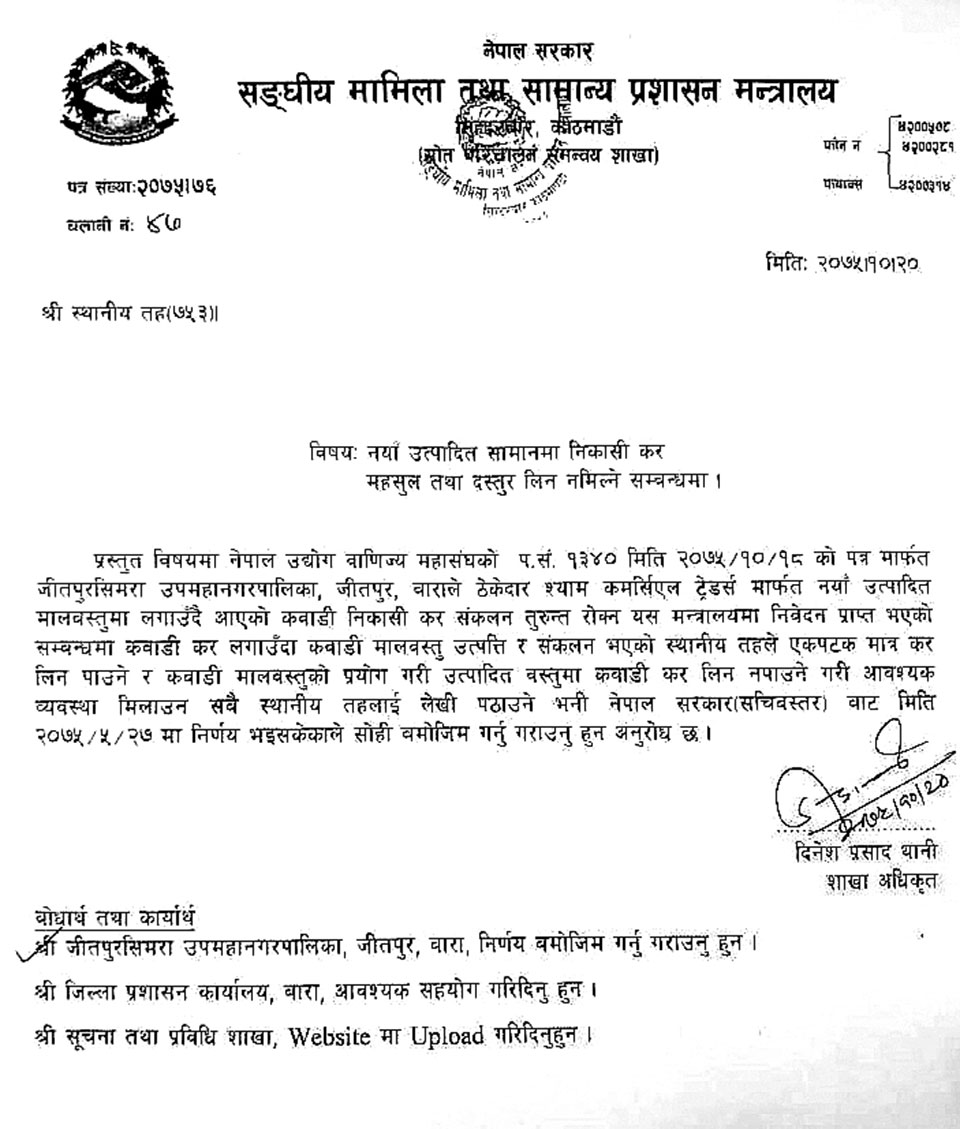 BIRGUNJ, Feb 4: Ministry of Federal Affairs and General Administration has issued a circular to all 753 local units across the country, instructing them against levying taxes on production and exports.

From the very beginning of the new fiscal year, industrialists have been speaking out about the increasing cost that they have been facing as a result of taxes on ‘production’ and ‘export’ by local governments.  Though some local units withdrew such taxes, industrialists were facing similar situation till January.

Representative bodies of the private sector, especially the Federation of Nepalese Chambers of Commerce and Industry (FNCCI) and its units, had been seeking strong instruction against the local units from the Ministry of Federal Affairs and General Administration.

The ministry, finally, issued a circular on Sunday, informing the local units to not levy production and export taxes on industries. The ministry has said that the issued circular is in accordance to a secretary-level meeting held earlier in September.

In the first week of July, 2017, the ministry had written a letter to local units to not overstep the rights enshrined in Article 228 of the Constitution of Nepal 2015. However, the local units had paid no heeds to the ministry’s words.

Article 228 of the Constitution states that no tax shall be levied and collected except in accordance with law. “The local level shall impose tax in areas within its jurisdiction, without causing any adverse impact in the national economic policy, transportation of goods, services, capital and labor, and on neighboring or local levels,” the constitutional provision states.

Hailing the initiatives taken by the ministry, Subodh Gupta, president of Birgunj Chamber of Commerce and Industry, said that the government should revise the law that enables local units to levy tax on producers as it has had significant effect on production and bring down spirit of entrepreneurs.

Export of metal craft up by 50 percent